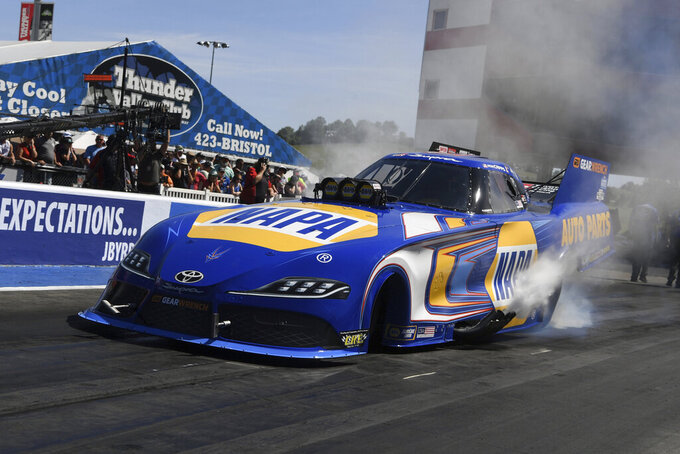 Capps powered to the quickest run during every round of eliminations, beating Tim Wilkerson with a pass of 3.984 seconds at 324.36 mph for the first victory in a new Toyota GR Supra. The defending season champion won for the second time this season.

“It’s an amazing thing and I’m living the dream,” Capps said. “Today felt different because we worked really hard at this one, and we knew that win for Toyota was out there. Everyone wanted to get that first one in the Supra and I’m blessed we got to do it.”

Stanfield topped points leader Erica Enders with a 8.801 at 103.98 in a Chevrolet Camaro. Savoie won on a Suzuki, taking out Angelle Sampey in the final when she left the starting line too soon.