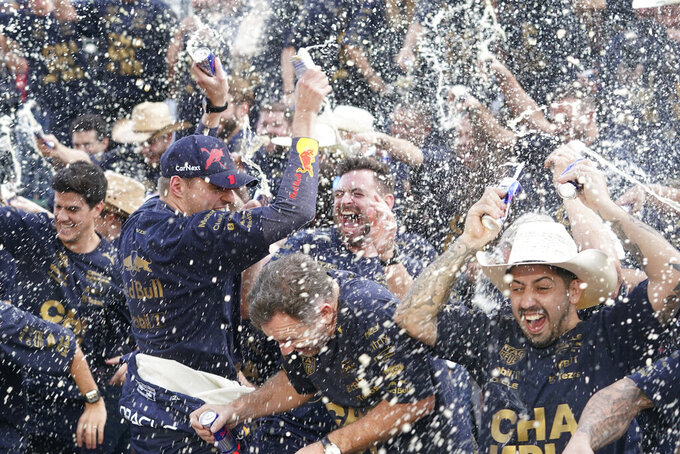 Last race: Kyle Larson led 199 of 267 laps at Homestead-Miami and won for the third time this season.

Fast facts: Joey Logano remains the only driver to have clinched a spot in the four-driver championship finale, leaving seven others to battle for the final three spots on NASCAR's oldest and shortest track. ... Among the remaining playoff contenders, Denny Hamlin has won five times on the 0.526-mile paper clip-shaped track, but not since March of 2015. Logano, Chase Elliott and William Byron have each won once, with Byron's coming earlier this year. ... Logano leads Ross Chastain by five points, Elliott by 13 and Byron by 19. Eighth-place Chase Briscoe is 63 points off the lead. ... Ryan Blaney remains the only winless driver in contention for the championship;

Fast facts: Gragson led 127 of the 200 laps, then held off Ty Gibbs and AJ Allmendinger on a late restart for his 13th career victory. ... He joined fellow JRM driver Josh Berry, who won at Las Vegas, as drivers locked into the championship finale, with teammates Justin Allgaier and Sam Mayer also still in contention. ... Gragson's points lead climbed to 31 over Ty Gibbs and 56 over Allmendinger, the regular season champ. ... Brandon Jones is last among the eight drivers still vying for a title shot, 94 points off the lead.

Last event: Verstappen, already the season champion for the second year in a row, passed Lewis Hamilton with six laps to go and won in Texas, his record-tying 13th victory of the season.

Fast facts: Verstappen tied the record shared by Michael Schumacher (2004) and Sebastian Vettel (2013) for most victories in a season and has three races remaining to break it. ... He raced in honor of Red Bull founder and team owner Dietrich Mateschitz after learning Saturday that Mateschitz had died. ... Charles Leclerc rallied from 12th at the start to finish third for Ferrari. Leclerc was second-fastest in qualifying, but drew a 10-place grid penalty after changing engines. ... Hamilton, a seven-time series champion, has three races remaining to extend to 16 his streak of seasons with at least one victory.