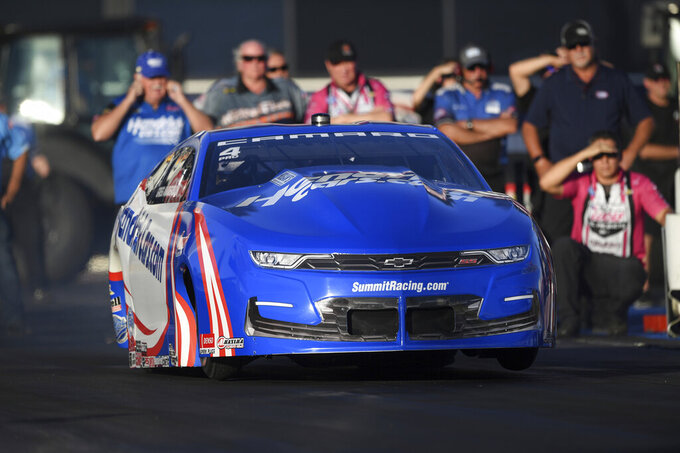 Hight was the provisional No. 1 qualifier Friday, then closed out qualifying with an even better run Saturday, a 3.886-second pass at 329.34 mph in a Chevrolet Camaro SS. Points leader Ron Capps qualified second as he aims for his second season title.

“This is probably the best car I’ve had all year going into raceday,” Hight said. “It’s pretty exciting. It’s a little too late as we wanted to be fighting for a championship, but we’re going to try to win this race and come back strong next year. ”