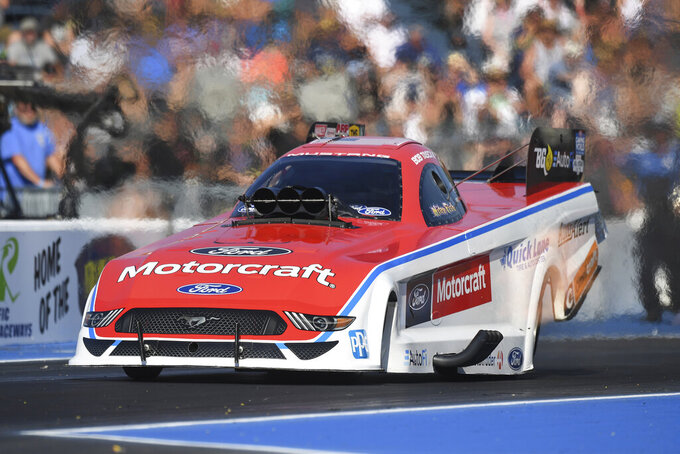 The event winner last week in Sonoma, California, Force had a 3.753-second run at 327.35 mph for her fifth No. 1 of the season and 37th overall. She has four victories this year.

“That was really important for this team to make a killer run and get down the racetrack,” Force said. “We had answers to our first two runs and made a solid pass on the third one. I wasn’t expecting that in the heat, but (crew chief David) Grubnic said he wanted to push and wanted to get us in the top of the field. It was pretty outstanding for this team.”