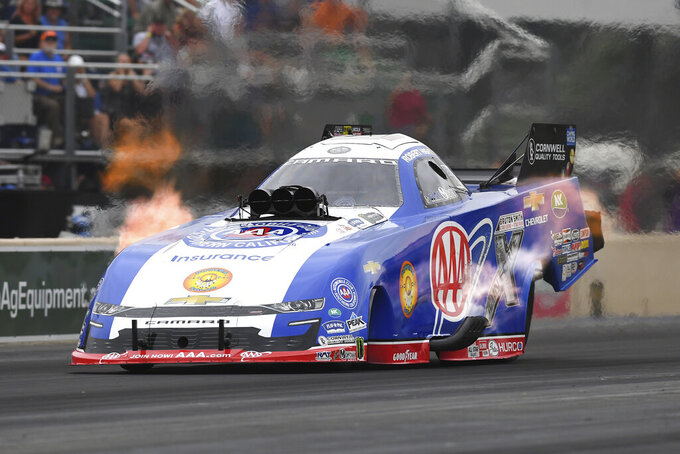 Salinas won for the fourth time this season and seventh overall, beating Josh Hart in the final with a 3.706-second run at a track-record 333.58 mph.

“It’s amazing,” Salinas said. “(Crew chief) Rob Flynn brought a calmness to this team, and everyone has a voice. I think that is unprecedented and that’s been pretty awesome. We’ve earned the right to be out here and race against these guys, and we belong here. It’s a good thing because we’ve got a great team and I’m learning how to drive.”

Hight also took the points lead and won for the fourth time this season, topping Bob Tasca III with a 3.944 at 327.51 in a Chevrolet Camaro.

Enders won for the fourth time in five races and fifth overall this season. She had 6.627 at 207.88 in a Camaro to beat Aaron Stanfield.