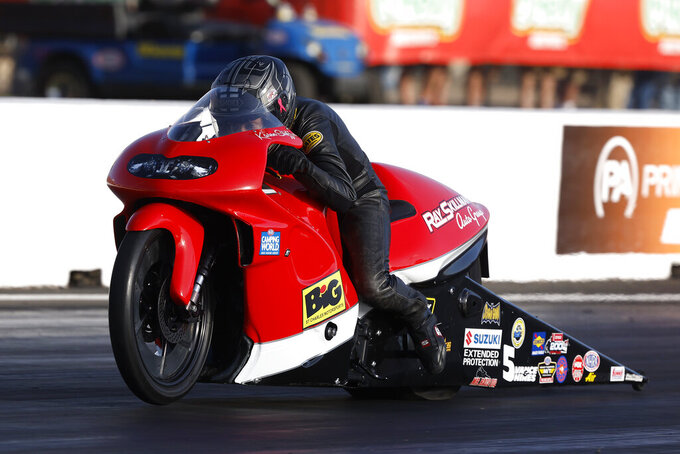 Force broke her own speed record at the track with a 3.695-second run at 333.58 mph. The track that hosted its first national event in 1988 is closing after the event to make room for Katoen Natie's expanding port facility.

“That’s just huge for our team and everyone that was part of tonight,” Force said. “It’s the final race here in Houston, so to put on a show for them like that is pretty exciting for all of us. We were right on our target with our run and just looking at our season, we’ve put up some pretty big speeds. It was cool to put on a show like that for our fans.”