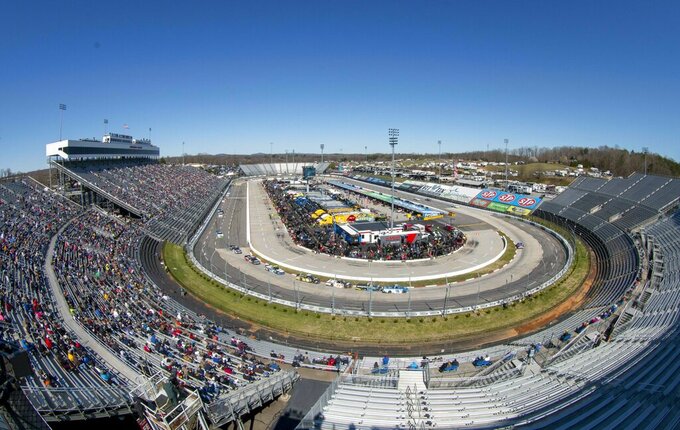 CHARLOTTE, N.C. (AP) — Martinsville Speedway has scored another big win in NASCAR's 2020 schedule with the return of the Xfinity Series next season as part of a tripleheader playoff weekend.

The Virginia short track last hosted the second-tier Xfinity Series in 2006. Now the championship field for all three NASCAR national series will be decided at Martinsville on the final weekend in October.

The Truck Series will race on Friday night, under Martinsville's new lights, with the Xfinity race held the next day on Halloween. The Cup Series will race Sunday in the main event as previously announced as was a Mother's Day weekend Cup race under the lights.

The Truck Series will race at Richmond Raceway for the first time since 2005 on April 18, 2020, in schedule changes announced Wednesday. The race will be under the lights, and Richmond on the Cup schedule was moved from its traditional night race slot to a day race next season.

NASCAR used the two-week Cup Series break for the Tokyo Olympics to highlight its smaller national series. The Trucks will be in the dirt at Eldora Speedway on July 30, the only mid-week race for any of the three series, and the Xfinity Series will be at Iowa Speedway on Aug. 1.