Rain washes out qualifying in the NHRA Gatornationals 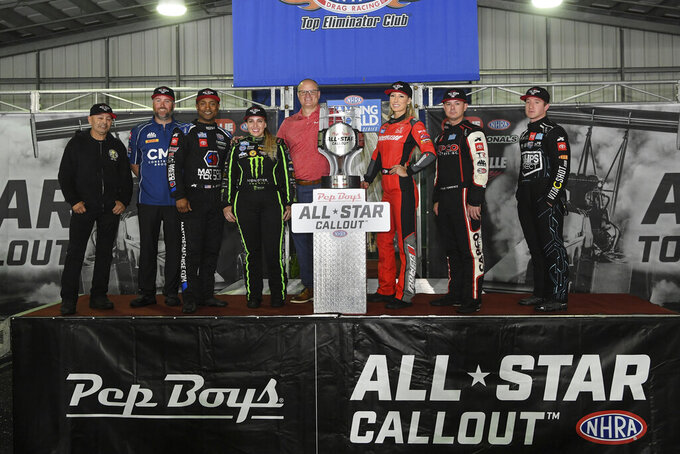 In this photo provided by the NHRA, Top Fuel stars gather Friday, March 11, 2022, for a photo as they made their picks for Saturday's Pep Boys NHRA Top Fuel All-Star Callout at the NHRA Gatornationals at Gainesville Raceway in Gainesvill, Fla. (Jerry Foss/NHRA via AP)

Qualifying and all three rounds of the Pep Boys NHRA Top Fuel All-Star Callout are set for Saturday at Gainesville Raceway.

“We gathered up as a crew and I got with my crew chiefs,” Torrence said. “I thought about it, they thought about it, the fans thought about it. LP has been one of our fiercest competitors for years, and we’ve gone at it head-to-head, so to put on a show for all these fans, that’s awesome. We’ll have a good time between us and we’ll put on a good show for you guys, and it’ll be a lot of fun.”