Formula One launches campaign to drive out fan abuse 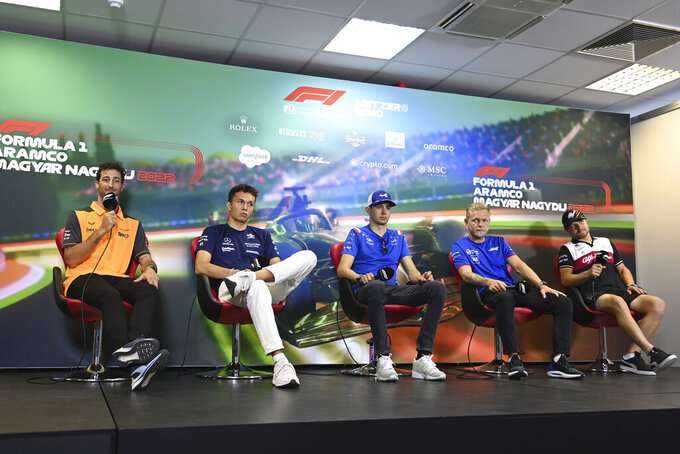 BUDAPEST, Hungary (AP) — Formula One and its drivers launched a campaign Saturday to stamp out abusive behavior from fans at races and online.

Sergio Perez called for lifetime bans and team principal Christian Horner agreed that a zero tolerance policy is needed. World champion Max Verstappen told The Associated Press in an interview this week that increased security can help and that F1 and race promoters should do more to address the problem.

“The Formula 1 community has come together to deliver a strong message to ‘Drive Out’ any form of abuse, online and at events, and call for greater respect,” F1 said. " The video message recognizes that while passion and competition is a very important part of our sport, it can go too far, resulting in fans, journalists, presenters, and drivers receiving abuse both verbally and online ... those that continue to spread abuse and offensive comments are not welcome in our sport."

“We are united and ask you to join us in driving this out,” Verstappen said.

Seven-time F1 champion Lewis Hamilton, who has been vocal in asking F1 to do more, said “we cannot let those who think they can abuse others get away with it.”

The message ended with Domenicali, Ben Sulayem and the drivers saying “Drive it out together” at the same time.