Chastain dominates at Pocono for 3rd Truck win of the season 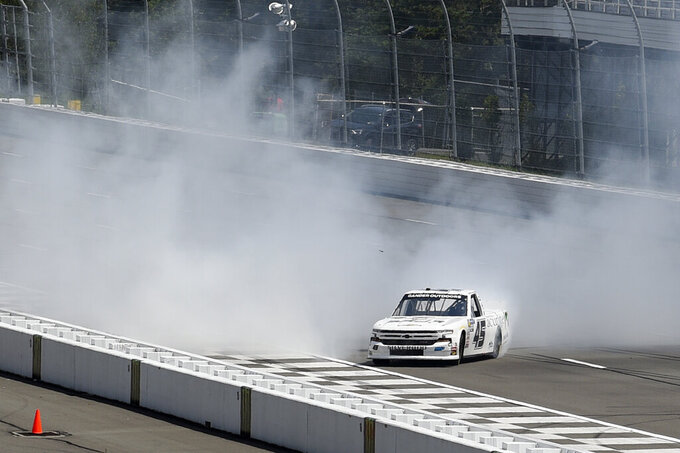 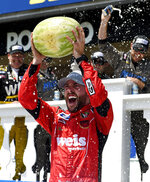 "This one's for you, Nick!" Chastain yelled over the radio as he took the checkered flag.

Chastain has stamped himself a favorite to win the series championship, and he celebrated with an inflatable watermelon he stuffed inside the truck for a victory lap. Chastain always has watermelons around victory lane, a nod to his roots in the family fruit-farming business. The watermelon farmer-turned-racer led 54 laps in the No. 45 Chevrolet.

He grabbed a real watermelon once he hopped out of his truck and smashed it to the ground.

Chastain had a win in the series at Iowa stripped by NASCAR after his truck was found to be too low in a postrace inspection. NASCAR upheld the race-day decision after an appeal. But he had plenty of reason to celebrate at Pocono, giving him a victory to go with ones at Kansas and The Raceway at Gateway in Illinois.

"I'm so dang excited," Chastain said. "We don't back down at all. We just keep going."