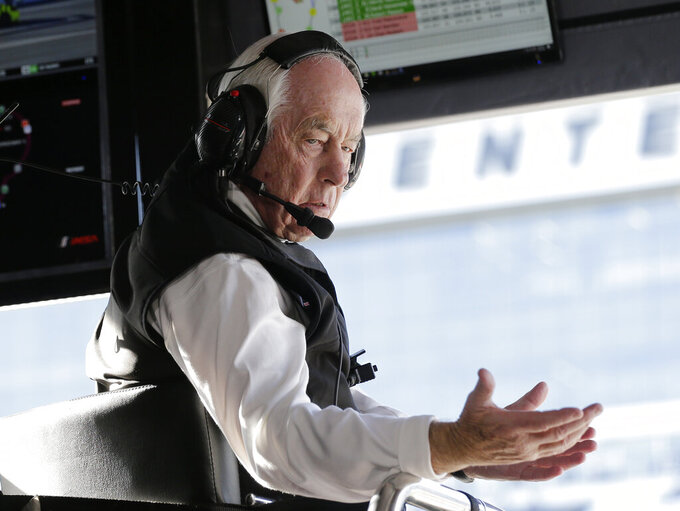 CONCORD, N.C. (AP) — Team Penske won the championship last year in every series it competes except NASCAR. Doesn't mean it was a bad year: the team still won six races and placed all three of its drivers into the playoffs.

So he made a sweeping offseason change by swapping the crew chiefs for Ryan Blaney, Brad Keselowski and Joey Logano — a massive personal upheaval for each driver.

“We just felt you can't have the same guy running your business forever, it gets time to change it,” Penske told The Associated Press. "For me, it was the perfect time and when we got into the discussions with them, all the guys we're like, 'Let's try it.'

“But it isn't like we took an A and gave him a B with any of the guys. All of them can win.”

The move was jarring considering Logano had won the 2018 championship with Todd Gordon. Paul Wolfe had also made Keselowski the winningest driver in Penske history; the duo gave “The Captain” his first Cup Series title in 2012.

But Wolfe will now be paired with Logano, Gordon goes to Blaney and Keselowski gets Jeremy Bullins from Blaney.

Keselowski won a team-high three races last season but had a considerable dropoff in the playoffs and his early elimination led to an eighth-place finish in the standings.

He called the personnel changes “brave and courageous” and said the goal is to put four cars — Penske has an alliance with The Wood Brothers and driver Matt DiBenedetto — in the final four. The Ford team was shut out of last season's title deciding race, which Kyle Busch won by beating two of his Toyota teammates at Joe Gibbs Racing and Kevin Harvick in a Ford.

“I personally needed to be challenged and so I think I it's a good challenge for me,” Keselowski said. “A lot of us were pretty comfortable and this certainly removes any feeling of comfort. So if it's the kick in the (butt) I need to be the best I can be, then so be it.”

The moves come ahead of contract years for both Blaney and Keselowski.

Keselowski is entering his 11th season with the team and 29 of his 30 Cup wins have come with Penske. Blaney has been in the Penske system since 2013 but has just three Cup victories, which he admits is not good enough.

“I haven't won as many races as these guys have over the years; I don't want to be the bottom of the totem pole,” Blaney said. "Joey and Brad are great, they are both champions. I want to be better than those guys. I need to get better.

“That's something I've wanted to change really bad. I think we could have it done it without the change, but this will hopefully pick things up. You never want to be the last guy. That can put your job in your jeopardy.”

Penske insisted his drivers' jobs aren't on the line. But Blaney and Keselowski are in contract years and a failure to deliver could be costly in negotiations.

“There's nothing sinister here, it was just time for change,” Penske said. “All three drivers see opportunities. We are moving people all the time, I think you have to, but all three guys are performing. We're not as good as Gibbs, for sure, we've got to be better.”

Joe Gibbs Racing won 19 of 36 Cup races last year, took three of the four spots in the championship finale and won the title. Logano just missed advancing to the final four and finished fifth in the final standings, while Blaney was seventh.

Now all three drivers will start fresh and try to accomplish the Penske goals of getting into the championship race and winning a Cup title.

“It's obviously a very big change, it's hard to really explain to our fans the significance,” Keselowski said. "It's like getting divorced and re-married all in one one day. It's a big change for the drivers but internally at Penske it's not a big change because the day-to-day remains the same for everyone who works on the race car.”