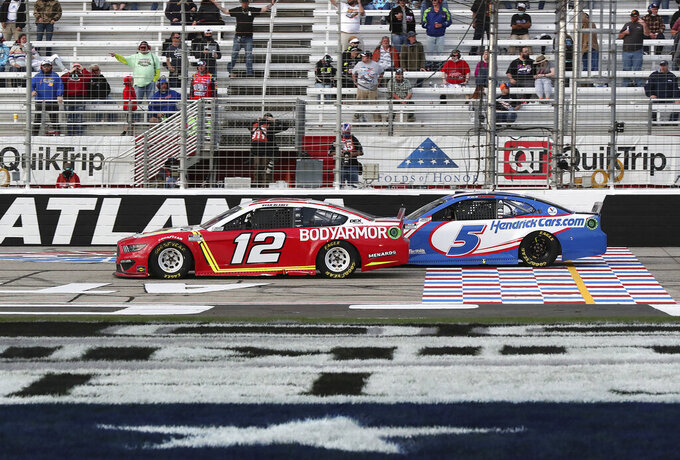 Last year: Brad Keselowski won after starting from the pole (on concrete).

Last race: Ryan Blaney negated a dominating performance by Kyle Larson, passing him for the lead with eight laps remaining to win at Atlanta.

Fast facts: Larson has moved from fifth to second in the points race behind Denny Hamlin. ... Larson led 269 of the 325 laps and won the first two stages at Atlanta. The 269 laps led are more than any other driver has led through six races. ... Hamlin, Larson and Kevin Harvick, who is sixth, all have five top-10 runs this season. ... Bristol is the first of three straight short tracks on the schedule, but the series is off next week.

Last race: Kyle Busch won for the 60th time in the series, pulling away over the last 30 laps to win at Atlanta.

Fast facts: John Hunter Nemechek, who drives for Busch, remained the series points leader with his fourth top-10 run in as many races. ... Ben Rhodes, the winner of the season's first two events, and 2020 champion Sheldon Creed are next with three-time series champion Matt Crafton fourth. ... The series will return for a more traditional race on Bristol's high-banked oval in September.

Fast facts: Hamilton heads into the F1 season opener having won four championships in a row, six of the last seven and seven overall in his career. ... He's won 11 races in each of the last three seasons, giving him 33 victories while starting in 58 of 59 events.