NASCAR to use All-Star race for research, development again 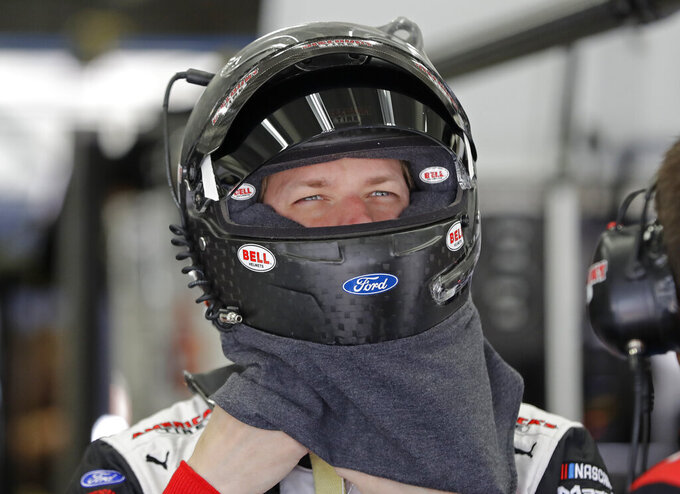 CONCORD, N.C. (AP) — NASCAR's All-Star race has arrived, and so has the tinkering of the cars.

NASCAR is using the $1 million non-points race at Charlotte Motor Speedway as a research and development project in its seemingly endless quest for more competitive and exciting racing. The 2019 rules package was first experimented with in last year's All-Star race.

The 19 cars in the field Saturday night will be equipped with a single-piece carbon fiber splitter/pan designed to create a more stable aero platform. A radiator duct through the hood is designed to reduce engine temperatures, and the overriding goal is to create better racing and find a usable setup package for when NASCAR rolls out its Gen 7 car in 2021.

"I'm thrilled that NASCAR and the teams have gotten behind this idea that the All-Star race is a great place to do research and development for the next rules package in the coming years," Speedway Motorsports President and CEO Marcus Smith said.

Drivers are rarely excited about change, but understand it is a necessary evil to improve the sport.

Defending race winner Kevin Harvick said the All-Star race at Charlotte is one of the best tracks for experimenting with new setups because all drivers are going as hard as they can for the first-place prize.

NASCAR used restrictor plates — the choking gadgets designed to limit horsepower — at the 2018 All-Star race to slow down the cars and create less pack racing.

The results were mixed.

There were 38 green-flag passes — a dramatic improvement from previous All-Star races — but the race still ended without the exciting finish NASCAR desired. Harvick dominated the final 10 laps, taking some of the luster out of the experiment.

Still, there was some hope NASCAR could build on the success of that packages this year, but there have only been a couple of close races in Cup Series leaving the sport again searching for answers.

Whether or not the setup for Saturday night will work remains to be seen.

Harvick said he didn't notice any significant changes on his No. 4 Ford during practice Friday despite the changes.

"If you would have not told me that we had a different splitter and hood ducts on the car I probably would have not known the difference," Harvick said. "It didn't really affect any of the handling problems that you have with the car. They still don't handle as well they need to behind each other. It's not any different with or without them."

Seven-time Cup Series champion Jimmie Johnson said some of the crews in the garage aren't thrilled with the new setup and are struggling to keep the components on the car.

Johnson said his crew was dealing with issues with the new splitter all day.

"Some of these new parts that have come to the cars this weekend haven't been run before, so there is a just a lot of work that goes into that," Johnson said. "So if you would go ask my crew members right now about it, you would hear a lot of foul words coming out of their mouths."

The race itself will mostly remain the same.

Fifteen drivers have already qualified for the race with three more set to race their way in through the Open with one other being added through the fan vote.