Sargeant to run practice in Brazil in pursuit of F1 license 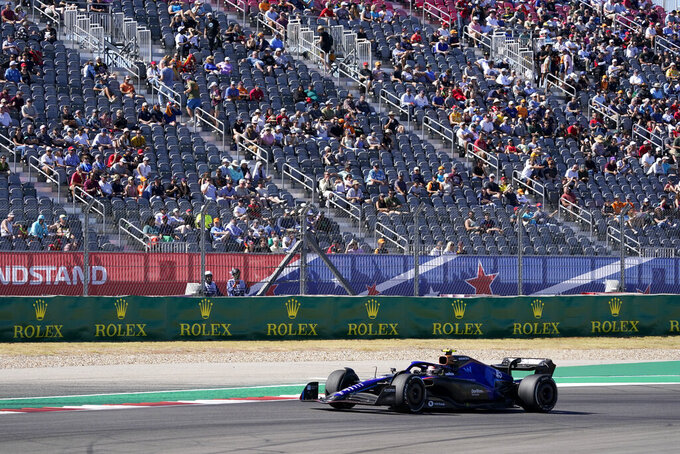 Williams will give Logan Sargeant an additional practice session at the Sao Paulo Grand Prix in an effort to move the American closer to earning the Super License he needs to compete on the Formula One grid next season.

Sargeant, a 21-year-old from Fort Lauderdale, Florida, has been named Nicholas Latifi's replacement at Williams next year, assuming he earns his Super License in next weekend's Formula 2 finale at Abu Dhabi.

But Sargeant also earns Super License points by completing at least 62 miles (100 kilometers) in an F1 practice session. Sargeant completed the mileage last month in his FP1 debut at Circuit of the Americas in Texas, but because of red flags at the Mexico City Grand Prix he fell one lap short of meeting the minimum in his practice run.

Williams plans to use Sargeant in FP2 because the Sao Paulo Grand Prix has a sprint race. That means FP1 is the only practice session before qualifying on Friday afternoon, so Alex Albon will remain in his Williams on Friday.

With FP2 largely focused on tire preparation and learning car performance, Williams decided to use Sargeant in that session.

“The experience that Logan will get is invaluable, and giving him another opportunity is a good investment in his future," said Williams head of vehicle performance Dave Robson. "He did an excellent job in Austin and Mexico City, and we are confident that he will do so again despite the unusual weekend format.”

Sargeant is trying to become the first American on the F1 grid since Alexander Rossi in 2015. Red Bull wanted to hire IndyCar star Colton Herta to drive for AlphaTauri next season, but the Californian does not have enough points for a Super License.

Sargeant is currently third in the F2 championship with only the Abu Dhabi finale remaining. Exactly where Sargeant finishes in the F2 standings depends on the bonus points he is eligible for in the licensing system. But, should Sargeant earn a point Saturday in Brazil, an eighth-place finish in the F2 championship should be enough to get him a Super License.

“I can’t wait to keep progressing with the team and building on the experience I gained in Austin and Mexico City," Sargeant said. "To be given the opportunity to drive at such an iconic track like Interlagos with its banked corners and the Senna S is a great feeling. A massive thank you once again to everyone at Williams for giving me another chance to get behind the wheel.”