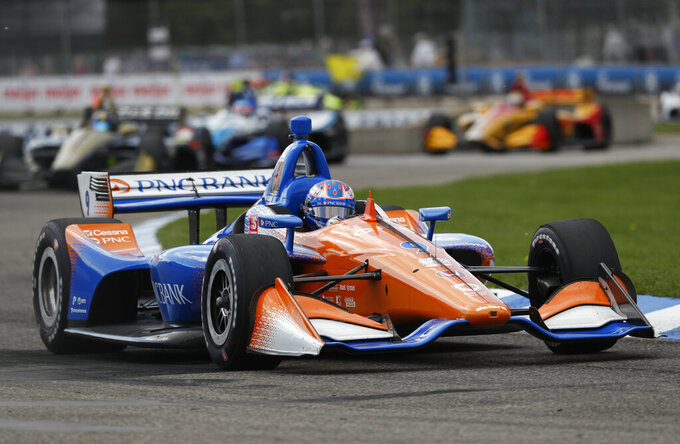 WELLINGTON, New Zealand (AP) — Five-time IndyCar champion Scott Dixon has been made a Companion of the New Zealand Order of Merit in the country's annual Queen's Birthday honors list.

United States-based Dixon said being recognized by his home nation "means a lot. I've always been extremely proud of flying the flag for New Zealand in my career and my racing but it's definitely moments like this allow you to reflect on what you have done."

Yvette Williams, who became the first New Zealand woman to win an Olympic gold medal with victory in the long jump at the 1952 Helsinki Games, is made a Dame Companion of the New Zealand Order of Merit, one of New Zealand's highest female honors. Williams died April 13, aged 89, but learned of her award 10 days before her death.

The honors list was made public Monday to coincide with the Queen's Birthday national holiday.