Alonso tests with Toyota that won Dakar Rally this year 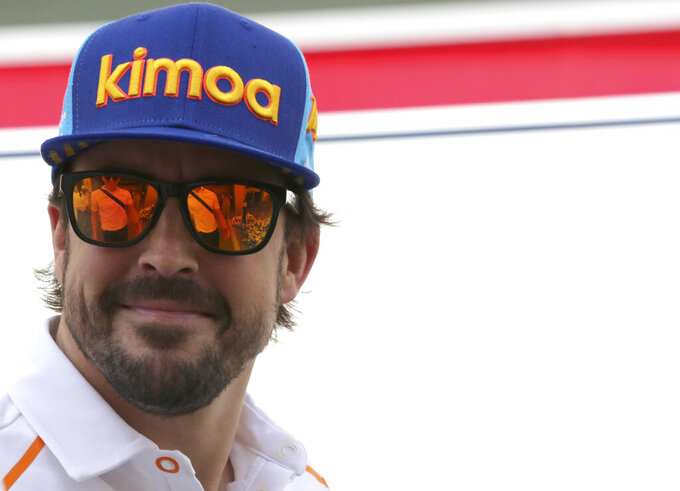 FILE - In this file photo dated Sunday, Nov. 25, 2018, Mclaren driver Fernando Alonso of Spain ahead of the Emirates Formula One Grand Prix at the Yas Marina racetrack in Abu Dhabi, United Arab Emirates. The two-time Formula One champion Fernando Alonso has been in South Africa for the test with Toyota Hilux that won the Dakar Rally this year, it is revealed Wednesday March 27, 2019. (AP Photo/Kamran Jebreili, FILE)

MADRID (AP) — Former Formula One champion Fernando Alonso has taken a test drive in the Toyota Hilux truck that won the Dakar Rally this year.

The Spanish driver was in South Africa for the test along with former Dakar Rally champion Giniel de Villiers. Toyota won this year's race with three-time winner Nasser Al-Attiyah.

Alonso says the session "was definitely fun, different," and added it was interesting to see how much beating the vehicle could take while going over rocks and bumps.

The Spaniard retired from F1 last season and is reportedly considering racing in the Dakar Rally.

He has been competing in endurance races and will be back for a second run at the Indy 500 this year.

Alonso said Wednesday on Twitter: "Great to experience different cars and approach to racing in Motorsport."