2 injured when race car hurtles over wall in Vermont 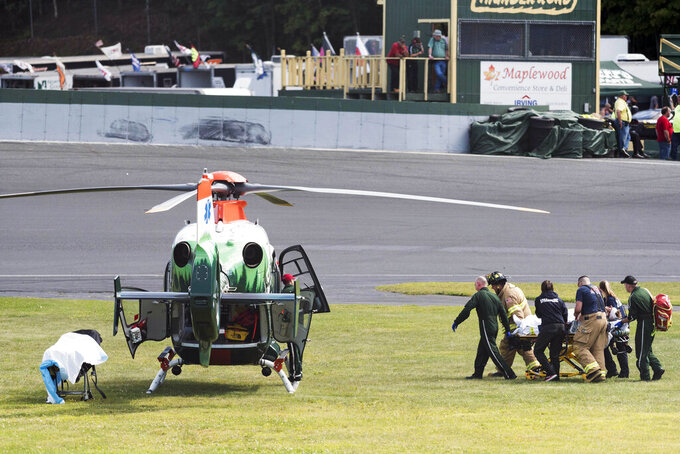 In this Sunday, Sept. 1, 2019, photo, a track official is transported on the infield to the Dartmouth-Hitchcock Advanced Response Team helicopter at Thunder Road on following an on-track accident in a qualifying race of the 41st Labor Day Classic auto race in Barre, Vermont. (Josh Kuckens/The Times Argus via AP)

A witness told The Times Argus that one of the victims was knocked into The wall and the other was pinned under the car. Madison Urie told WCAX-TV it was "the worst thing I've seen in my entire life."

Officials say both of the injured were track officials, one from Thunder Road and another from the American-Canadian tour. Officials said in a statement that both suffered leg injuries.

A medical helicopter transports one of the victims. Track officials postponed further racing after the crash.