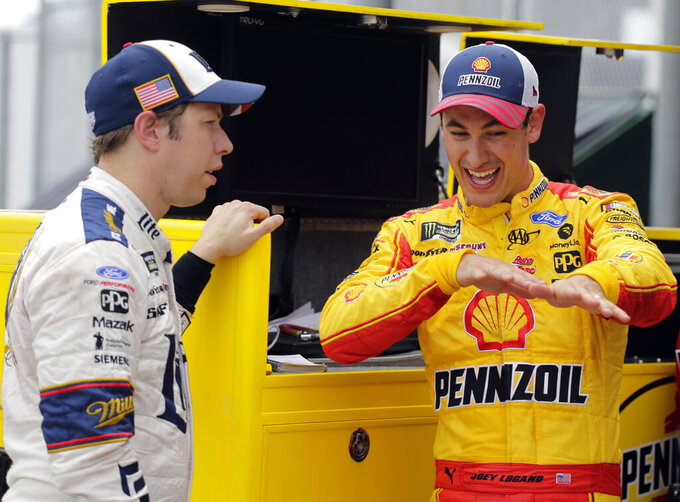 The session was called Friday after lightning was detected near the 2½-mile track, shutting down car inspections and other track activities. Even though the inclement weather passed, the delay was long enough that there wasn't enough time to squeeze in Cup qualifying before second-tier Xfinity Series events.

Logano leads the Cup series in owner points, so the Team Penske driver was awarded the top starting spot. Only one driver since 2010 — Dale Earnhardt Jr. in July 2015 — has won a Cup Series race at Daytona from the pole.

William Byron would have started 12th based on points, but his team switched to a backup car following a practice incident with Keselowski on Thursday and will have to drop to the rear of the field before the green flag.