Zanardi stable but not ready to be brought out of coma 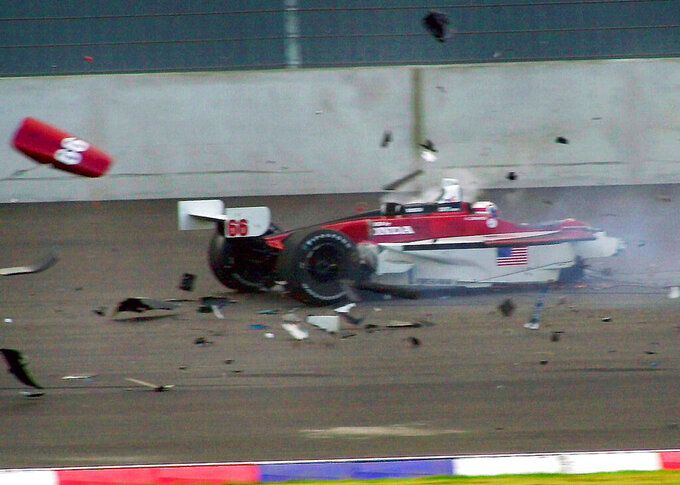 FILE - This Saturday, Sept. 15, 2001 file photo shows Italian driver Alex Zanardi sitting in his car as it breaks up around him after a crash with Canadian driver Alex Tagliani during the CART car race at the Eurospeedway Lausitz in Klettwitz, eastern Germany. Race car driver turned Paralympic champion Alex Zanardi has been seriously injured again. Police tell The Associated Press that Zanardi was transported by helicopter to a hospital in Siena following a road accident near the Tuscan town of Pienza during a national race for Paralympic athletes on handbikes. The 53-year-old Zanardi had both of his legs amputated following a horrific crash during a 2001 CART race in Germany. He was a two-time CART champion. (AP Photo/Eckehard Schulz, File)

SIENA, Italy (AP) — Alex Zanardi remains in stable condition after a crash on his handbike and for now will stay in a medically induced coma, doctors said Monday in a fresh medical update.

“The neurological evaluations will be carried out only when we reduce the sedation, which we are not thinking of doing at the moment," Dr. Roberto Gusinu said. "We need to have patience, a lot of patience.”

Zanardi, who lost both of his legs in an auto racing crash nearly 20 years ago, has been in a medically induced coma and on a ventilator since he crashed his handbike into a truck near the Tuscan town of Pienza on Friday during a relay race.

Doctors said he suffered serious facial and cranial trauma and have warned of possible brain damage.