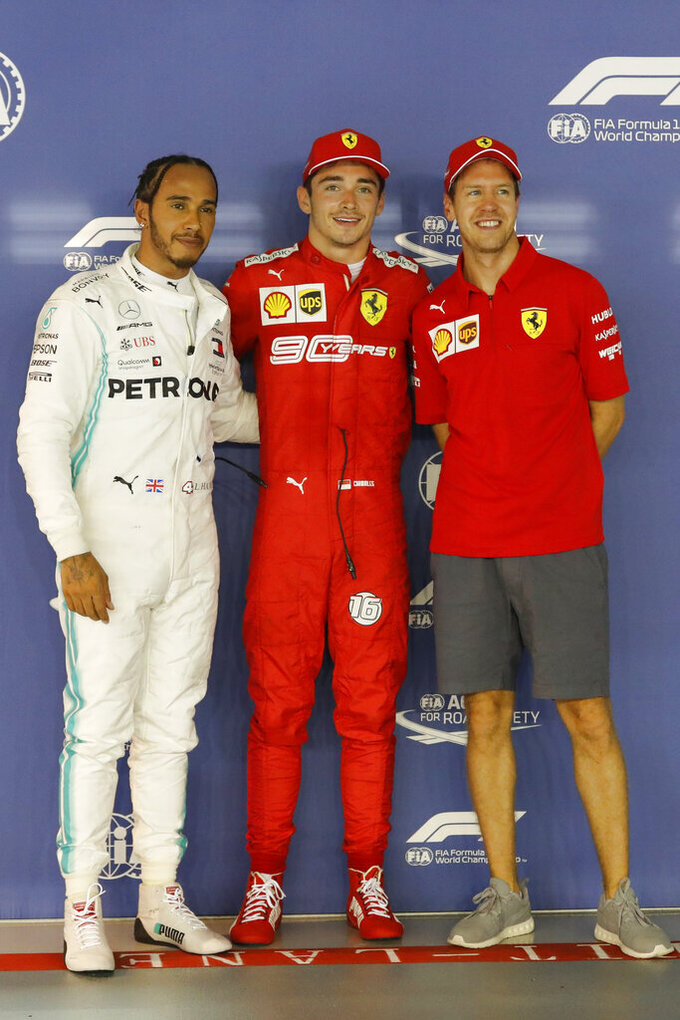 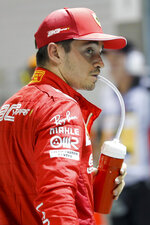 "If you look at the lap, it was a good lap, but there were some moments that I lost control," Leclerc said. "We brought some new bits that worked properly, which was good to see. I had a very tough Friday and didn't feel comfortable in the car, but we worked hard and it paid off."

Leclerc has won the previous two races. After his first-ever F1 victory in Spa at the Belgian GP, the 21-year-old Leclerc became the first Ferrari driver to win the Italian GP since Fernando Alonso in 2010.

"I don't know where Ferrari picked up their pace, it's not usually one of their circuits," Hamilton said. "But they did a great job, Charles did some great laps. Hopefully we can be in the mix with them tomorrow. I think we can be aggressive."

While Hamilton already has eight wins this season, his last came at the Hungarian GP in early August.

Pole position in Singapore is crucial as its one of the hardest tracks for overtaking in F1. The driver leading the field has won eight times in the past 11 years.

Hamilton has won in Singapore the past two years. Another victory in Sunday's night race would move the Briton a step closer to his third straight championship and sixth overall, one shy of Michael Schumacher's record of seven titles.

Vettel, whose contract ends in 2020, is on a 13-month winless streak. His last victory was at the 2018 Belgian Grand Prix.

Vettel and Hamilton are the only two drivers on the grid with victories at Singapore — with four wins each.

Carlos Sainz Jr. took seventh place for McLaren in front of the Renault of Daniel Ricciardo.

Nico Hulkenberg was ninth in the second Renault with McLaren's Lando Norris rounding out the top 10.