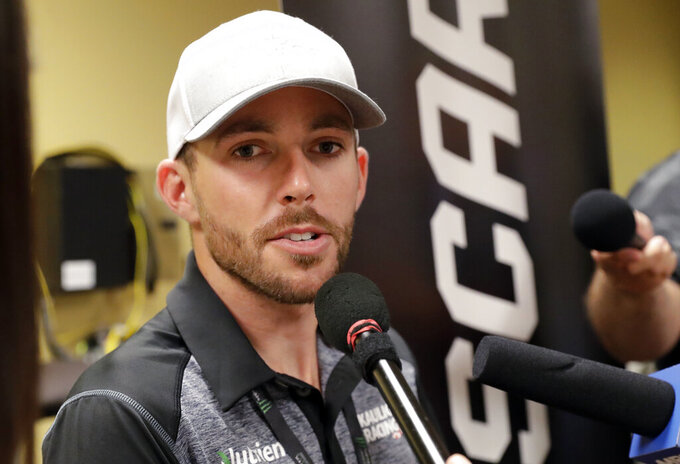 DAYTONA BEACH, Fla. (AP) — NASCAR has fined three car owners $50,000 each and penalized their teams for manipulating the season-ending Cup Series race at Homestead-Miami Speedway in an alleged scheme to collect a higher bonus payout.

Jay Robinson (Premium Motorsports), Rick Ware (Rick Ware Racing) and TJ Puchyr (Spire Motorsports) were fined. Each team penalized had cars fall out of the race, apparently to ensure that Premium’s No. 27 car advanced and finished with the most points for the season among unchartered teams. That would ensure the largest bonus, with the difference from first to second for unchartered teams totally some $175,000.

“Following a thorough review of race data and driver/team communication from the season finale at Homestead-Miami Speedway, as well as interviews with several competitors, NASCAR has determined that the Nos. 15, 27, 52 and 77 teams have violated Sections 12.8.g and 12.8.1 of the NASCAR rule book, which addresses manipulating the outcome of a race,” Miller said in a statement Wednesday.

The No. 15 of Joe Nemechek (Premium), the No. 77 of Reed Sorenson (Spire) and the No. 52 of Josh Bilicki (Rick Ware Racing) all retired from the Nov. 17 race with mechanical trouble within a 15-lap span late in the race. Among the uncharted teams, it led to a one-point margin in the standings for the No. 27 driven to a 35th-place finish by Ross Chastain (Premium).

The penalties mean the No. 96 of Gaunt Brothers Racing is the top uncharted team finisher for the season.

Spire Motorsports said it would not appeal the penalty.

“Following the season finale at Homestead Miami Speedway, NASCAR assessed a penalty against Spire Motorsports for the actions of an individual who made a judgment call on behalf of our team,” the Spire statement read. “While the ultimate outcome of that decision can be interpreted from different perspectives, we regret any appearance of operating outside the spirit of the rule book. We accept the penalty and will not appeal.”

The incident recalls the 2013 incident in which Michael Waltrip Racing tried to rig the regular-season finale at Richmond to get Martin Truex Jr. into the playoffs. NASCAR punished the team and took the unprecedented step of kicking Truex out of the Chase in favor of Ryan Newman.