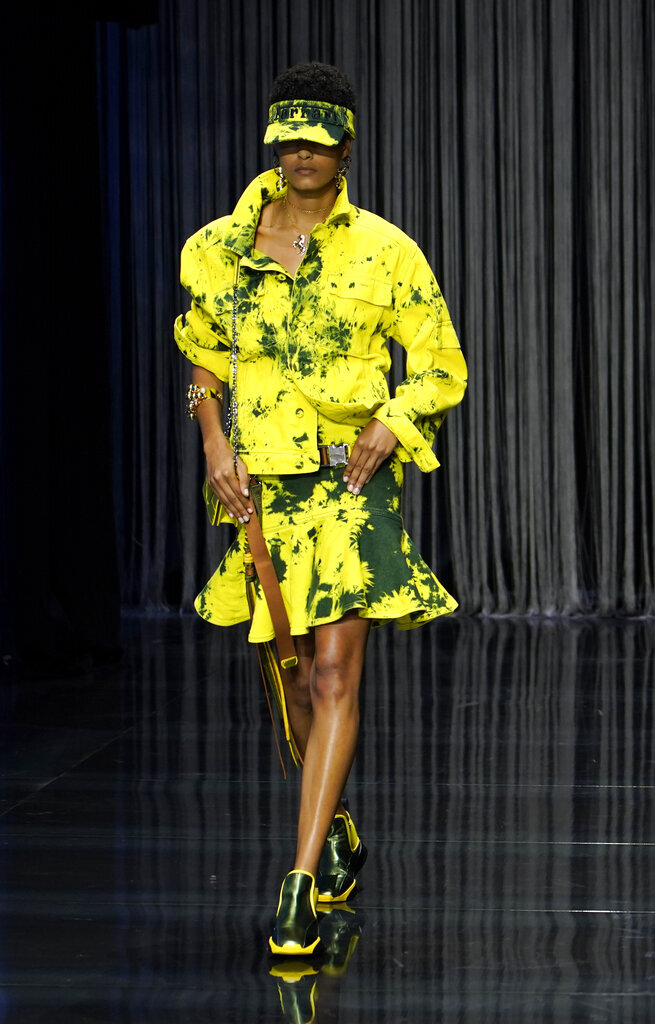 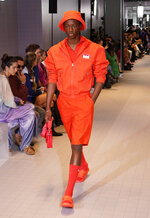 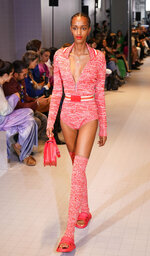 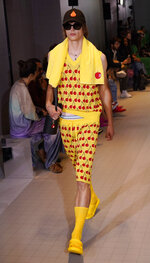 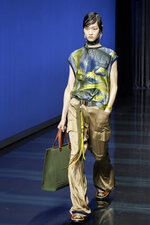 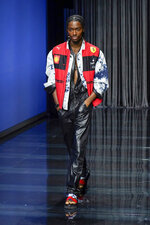 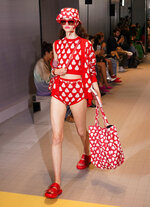 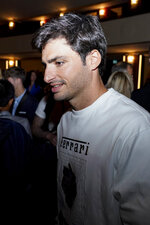 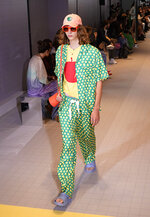 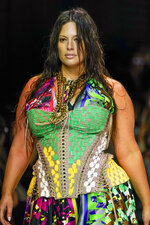 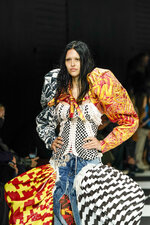 MILAN (AP) — Milan Fashion Week closed Sunday after five days of mostly womenswear previews that celebrated diversity and renewal, with more designers of color represented than ever and a host of new talent making their debuts at major fashion houses.

The Italian fashion council was promoting sustainability with the return of the Green Carpet awards Sunday night recognizing progress in practices that reduce waste in the industry and its carbon footprint.

Even while the fashion world was raising awareness about sustainability, this season’s calendar presented unsustainable trajectories between shows, forcing the fashion crowd to travel back and forth, multiple times in one day, in an already gridlocked city. Even biking proved a challenge with few bike lanes on the routes.

Fashion week closed as Italians went to the polls for an unseasonal parliamentary election that could push Italian politics sharply toward the right, something on the minds of many in the fashion world who have advocated for migrant rights and a law that would criminalize hate crimes against homosexuals, women and the disabled.

Giorgio Armani voted early, even as he prepared the finishing touches on his runway show and to appear at the Green Carpet Awards. Asked about the elections, he responded: “That it may be a productive day. Stop.”

Some highlights from Sunday, the closing day of Milan Fashion Week:

Bovan, who had just made his Milan Fashion Week debut Sunday sponsored by Dolce & Gabbana, was still flush, having sprinted up and down the runway, in a physical display of his energy that was captured on a creative level in his new collection.

“I am exhausted,″ Bovan confessed to fashion journalists moments earlier. “I haven’t run like that for years.”

The Milan stalwarts also provide handbags, denim and corsetry, all of which Bovan has worked over with embroidery, crocheting or painting, about 90% of that by his own hand.

The looks were completed with mostly deadstock materials from his previous collections, including loud sequined geometric prints and knitwear that he constructed into overlapping layered skirts and bustles, which by no means were reserved for women alone. And he threw in some Matty Bovan emblazoned golden brocade, as mermaid skirts and ruffled wraps.

Dolce & Gabbana jeans were ripped, torn, patched with embroidery and painted. Their bags were painted, and toted upside-down. And the reissue corsets in special colors and sizes gave shape to the looks.

Bovan said Dolce & Gabbana’s take on femininity combined well with what he called his own “very twisted feminine. So, it was a real fun collaboration.”

Giorgio Armani’s collection for next spring and summer was a study in shimmery elegance.

The collection opened with pearly whites, and transitioned to subdued blues, greens and grays -- all coalescing around a notion of spiritual tranquility.

That harmony was evident in the soft construction, layers of translucent materials that draped and moved with the form. In a kind of alchemy, trousers looked like skirts, and skirts like trousers. As a more powerful palette came into focus, some skin started to show: A long linen shirt opened demurely to show off some torso above chocolate trousers. Beaded jackets paired with fluid trousers, and mandala prints gave life to a series of daytime formal looks with silken pants.

The collection culminated with crystal accented looks in the most shimmering of whites, each a meditation of what fashion means for the spirit.

“I cannot manage to make a dress without at least a little glitter,’’ the designer, 88, said after the show.

REMAKING BENETTON FROM THE KNITWEAR UP

Benetton is embarking on yet another remake, this time under the creative direction of Andrea Incontri, a Milan designer with experience at a host of fashion houses, including Tod’s.

An architect by training, Incontri wants to reshape the Benetton retail experience, and emptied the Corso Buenos Aires flagship store for his runway debut as creative director.

Underlining his desire to start with the consumer, Incontri staged the runway show on the ground floor, allowing passersby to catch a glimpse.

The modern silhouette includes culottes — a hot trend in Milan for next spring and summer — and leather Obi belts that shape crisp cotton dresses or corresponding cotton shirt-short sets for men, should they feel so bold.

The brand’s famed knitwear is pretty in melange, which layers nicely. A bra top gives a modern edge to a ribbed tunic and trousers, as cozy as it is chic. Knit biker shorts transform a tweed skirt and jacket into active daywear. Fruit motifs create a cornucopia of mix-and-match looks: the reds, pinks and yellows of cherries, pears and apples all aligning cheerily with green, sky blue and yellow backgrounds.

Incontri has given the Benetton octopus logo a much-needed graphic update, deploying it sparingly, and he has created necklaces with the B and E for Benetton, in the spirit of personalization popular with Gen-Z. Just six months in the job, Incontri promises an even fuller makeover at the 57-year-old brand, which has experienced periods of malaise.

Whereas Benetton’s heydey is strongly associated with the socially forward United Colors of Benetton advertising campaigns of Oliviero Toscani, Incontri wants to put the product and the consumer first.

“This is a brand that I feel a lot of affection for, as do many Italians, because I grew up with it,″ Incontri told reporters.

Super sportscar maker Ferrari’s foray into luxury goods is finding traction with its high-end auto buyers, as hoped, but also Formula 1 fans whose garages don't house quite the same horsepower.

Rocco Iannone, the creative director of Ferrari’s fashion line, said he saw the effect during the Italian Grand Prix in Monza earlier this month. Many Formula 1 fans were buying pricey made-to-measure Ferrari garments, and showing up the next day wearing them at the race track “with badges and all of the iconic elements.”

“This mix is what I am interested in telling: They exist and we want to give them a wardrobe,’’ Ianonne said.

Jacquard cargo pants are made with recycled nylon, rendering a camouflage look. The denim is technological, each piece treated with sprays of ozone to give a colorful stone-washed effect without the usual environmental damage. And Napa glove leather is used to make supple leather jumpsuits in a deep red with orange undertones or black.

“The goal is to embrace the soul of Ferrari through a sharp, precise and mixed wardrobe,″ Iannone.

The Berlin-based designers who have taken creative direction of the Milan fashion house Trussardi say they are driving a transformation that is “non-linear and chaotic.”

“It is a meeting between magic and realist, past and future, dream and pragmatism, modernity and heredity,’’ Serhat Isik and Benjamin A. Huseby said of their deep dive to restructure Trussardi.

That is about as confessional as designers can get as they unveiled their second Trussardi collection Saturday in Milan’s neoclassical Clerici Palace, in one of the city’s most beautiful and ornate rooms.

The collection combines Trussardi classics with urban looks the embrace both pragmatism and streetwear.

The designers behind the GmbH brand made the polo shirt the battle horse of the Trussardi collection, but pairing it in daring combinations, like a culotte jumper shorts in shiny leather with a racing front. More demurely, the polo shirt featured a square neck that can be demurely unbuttoned, and paired with Bermuda shorts and a fanny back, perfect for a day out in the city.