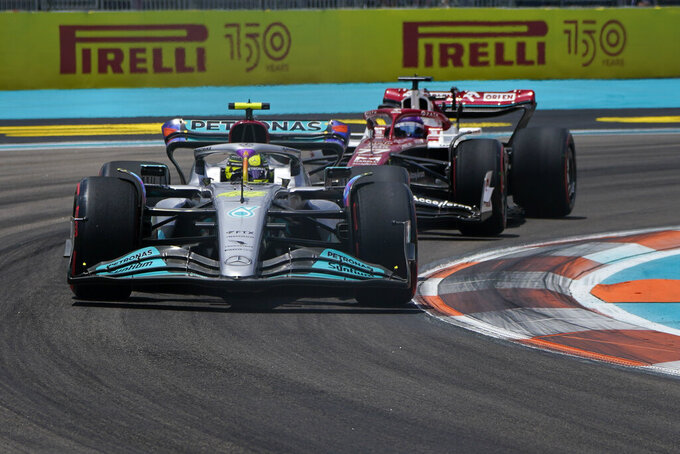 LONDON (AP) — Formula One has decided against replacing the Russian Grand Prix, which had earlier been canceled following Russia's invasion of Ukraine.

The announcement Wednesday reduced the current season from a record 23 races to 22, the same total as last year.

The Sochi race, originally scheduled for Sept. 25, had been pulled from the calendar a day after Russia invaded Ukraine.

“There will be no additional Grand Prix added to the calendar to fill the gap, meaning the 2022 calendar will run to 22 races,” F1 said in a statement.

Several cities had offered to host the race but freight rules, logistical and travel costs during a season when teams have tight budgets made it too difficult.