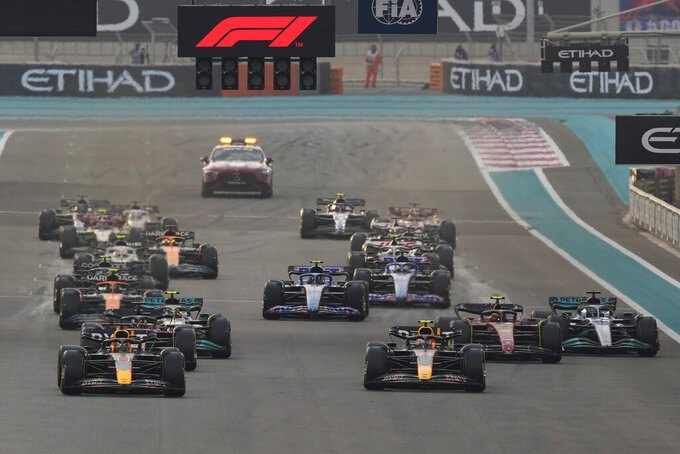 LONDON (AP) — The United States Grand Prix at the Circuit of the Americas in Austin, Texas, and the famed Spa-Francorchamps track in Belgium will host their first sprint races on the Formula One calendar for next season.

F1 had already committed to doubling the number of sprints from three to six and confirmed the hosts Wednesday.

The sprint races take place on Saturdays before the main Grand Prix a day later. Sprints are held over a shorter distance and award fewer points, and also set the grid for the next day's race. They have been credited with making the race weekend as a whole more attractive to TV viewers since they were first trialed in 2021. Qualifying moves from Saturday to Friday when a sprint is on the schedule.