Raikkonen out of Netherlands GP with coronavirus, Kubica in 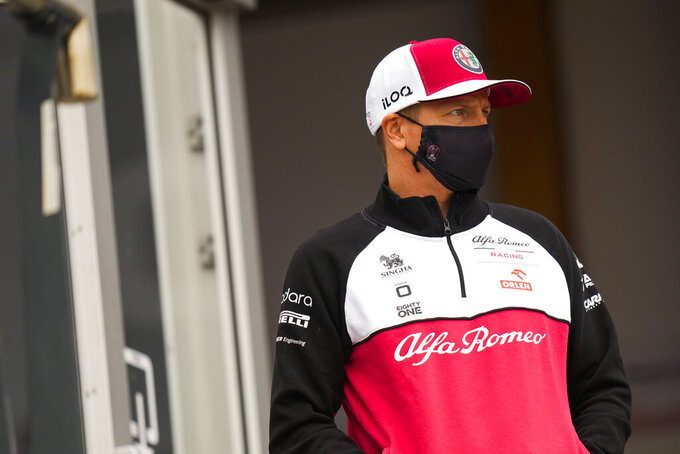 ZANDVOORT, Netherlands (AP) — Alfa Romeo driver Kimi Raikkonen has tested positive for the coronavirus and will be replaced by Robert Kubica for the Netherlands Grand Prix.

The 41-year-old Raikkonen, who is retiring from Formula One at the end of the season, tested positive following on-site testing at the Zandvoort track.

“In accordance with COVID-19 protocols he will take no further part in this event. All contacts have been declared," F1 said in a statement on Saturday. "The procedures set out by the FIA and Formula 1 will ensure no wider impact.”

“He has immediately entered isolation in his hotel,” the team said in a statement on Saturday. “There is no further impact expected for the team for the remainder of this event.”

There was a third and final practice session Saturday ahead of qualifying later in the day. The race is on Sunday.

The 36-year-old Kubica has not raced since the season-ending Abu Dhabi GP in 2019. It will be his 98th start and first for Alfa Romeo, where he is a reserve driver.

Kubica was once considered among the most talented and quickest drivers in F1, securing one win among his 12 podium finishes between 2006-10.

When he returned to F1 in 2019, he scored one point for the struggling Williams team with a 10th-place finish at the German GP.