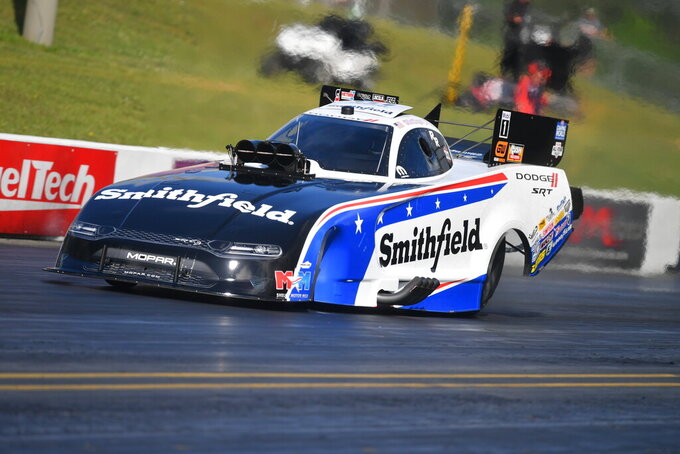 In this photo provided by the NHRA, Matt Hagan drives in Funny Car qualifying at the Virginia NHRA Nationals drag races Friday, May 13, 2022, at Virginia Motorsports Park in Dinwiddie, Va. (Auto Imagery/NHRA via AP)

Hagan had a 3.853-second pass at 331.45 mph in Tony Stewart Racing's Dodge Charger SRT Hellcat for his second No. 1 of the season and 44th overall.

“I can’t say enough about this race car,” Hagan said. “This has probably been the best start I’ve had in my career in NHRA and (crew chief) Dickie Venables and all the guys who are putting this thing together are doing a great job. Tony’s the type of guy you want to win for. You look at all the stuff he’s done and it’s just a respect thing. You want the dude to be proud of you.”