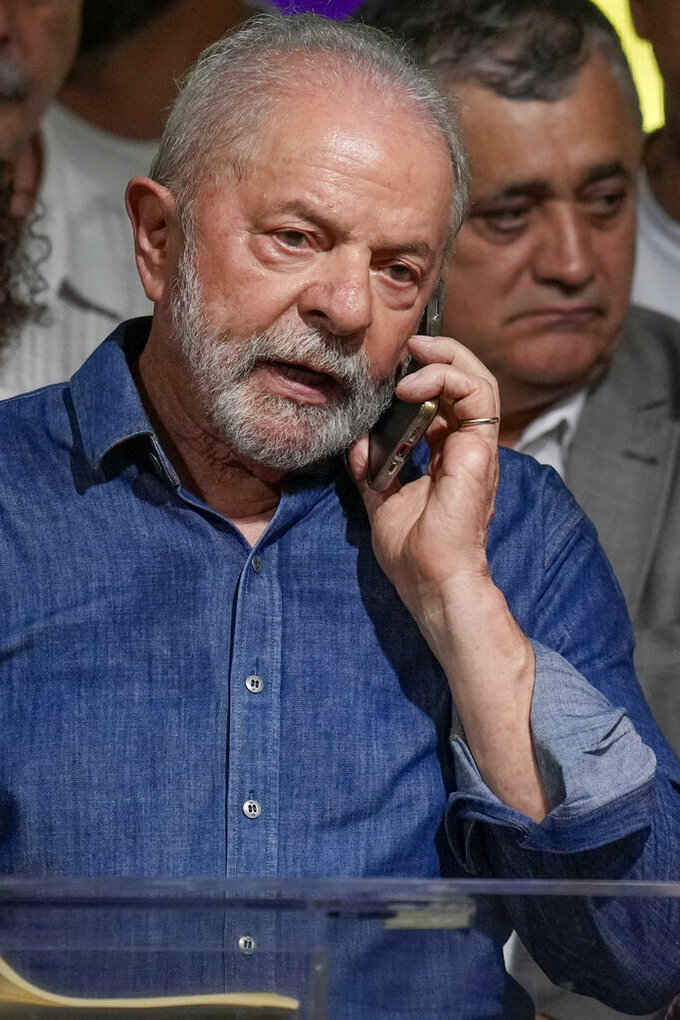 SAO PAULO (AP) — Brazilian prosecutors opened an investigation into three-time Formula One champion Nelson Piquet on Thursday after he was filmed wishing for the death of president-elect Luiz Inácio Lula da Silva.

The former F1 driver is one of thousands of protesters taking to the streets to claim they don't accept the results, which were confirmed by Brazil's top electoral authorities. Piquet also wants the armed forces to stop the leftist from taking the office on Jan. 1.

The federal prosecutor's office in Brasilia said in a statement that it will investigate Piquet for alleged incitation to violence and for stimulating rifts between the military and other branches of power.

The probe was triggered after Piquet appeared on a video that went viral this week saying “it is Lula in the cemetery," in a reference to da Silva, who held the presidency between 2003-10.

“Nelson Piquet is a person of public notoriety and, because of that, he should know his statements have the potential of reaching hundreds of thousands of people,” the prosecutor’s office said in the statement.

Piquet and the person who recorded the video are expected to testify before Brazil's federal police. Piquet did not make comments about the decision to investigate him.

Earlier this year, other videos showed him using homophobic language and racial slurs about seven-time F1 champion Lewis Hamilton. The Brazilian was widely condemned by F1, drivers, teams, and governing body FIA. Piquet apologized to Hamilton later but said the terms, while “ill thought out,” were not meant to be offensive.