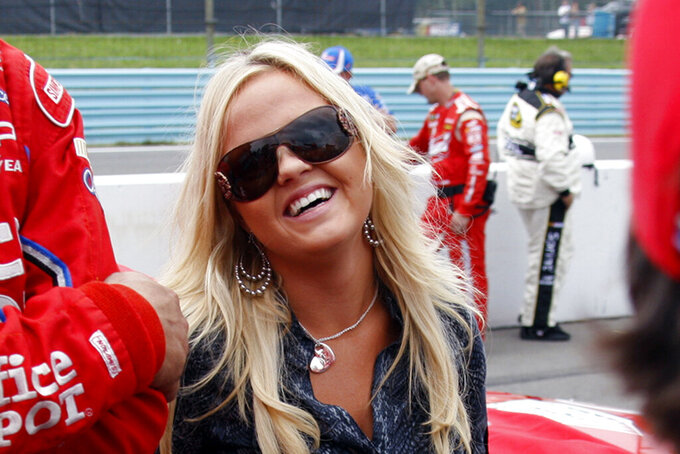 Jessica Friesen will attempt to make her NASCAR national series debut at Bristol Motor Speedway for a potential showdown with her husband in the Truck Series race.

Stewart Friesen is in his fifth full season of Truck Series competition and his wife limits her racing to sprint car and modified divisions. Bristol Motor Speedway for this weekend has been converted into a dirt track — a surface suited for Jessica Friesen's experience — so Halmar Friesen Racing entered a second truck for Saturday night.

If she makes the field, Jessica and Stewart Friesen would be the first married couple to compete in the same NASCAR race since Elton Sawyer and Patty Moise in a 1998 second-tier series event. Jessica Friesen is slated to drive the No. 62 Toyota while her husband will be in his usual No. 52 Tundra.

The buildup has been confusing for their five-year-old son, Parker, who travels with his parents to their respective races. When Parker was diagnosed on the autistic spectrum, Jessica Friesen scaled back her racing to care for him while also focusing on the family printing business.

“He’s still very confused,” Jessica Friesen said of her son. ““He says, ‘No, Mom. Dad races the truck, you race the modified, and trucks don’t race on dirt, trucks race on the pavement.’ So he was just kind of getting his mind wrapped around all that.”

The Friesens have competed in the same event before, including a sprint car race in upstate New York two days after their 2014 wedding. They finished first and second — but Jessica Friesen is looking to change the results at Bristol.

“It was ‘Stewart Friesen and wife ran one and two,'” she said. “I’m looking forward to changing that a little bit, those headlines a little bit.”

Jessica Friesen will have to qualify her way into the race via the four, 15-minute heat races before the Saturday night main event and the field is stacked: There are seven full-time Cup Series drivers among the 44 trying to make the 36-truck field.

“This will be a story for our grandkids someday,” Jessica Friesen said. “No matter what happens at this race, we went and did this. We kind of went out there, had fun and hopefully it turns out well. Hopefully, we’ll see. Who knows what could happen. Stewart says no pressure, so I’m just going to keep having that mentality.”

Bristol has transformed its concrete surface with 20,000 truckloads of clay in order to host NASCAR's first Cup race on dirt in 70 years and the surface has created multiple opportunities this weekend.

“It’s a dream come true to compete in the Cup Series,” Stewart Friesen said. “It’s the pinnacle of motorsports in North America. As a race fan myself, it has always been something I’ve dreamed about doing. There’s some stuff we can take from our dirt experience with the truck at Eldora and apply to the Cup car, to hopefully be very competitive at Bristol."