The Latest: Penske expects Castroneves back at Indy in 2020 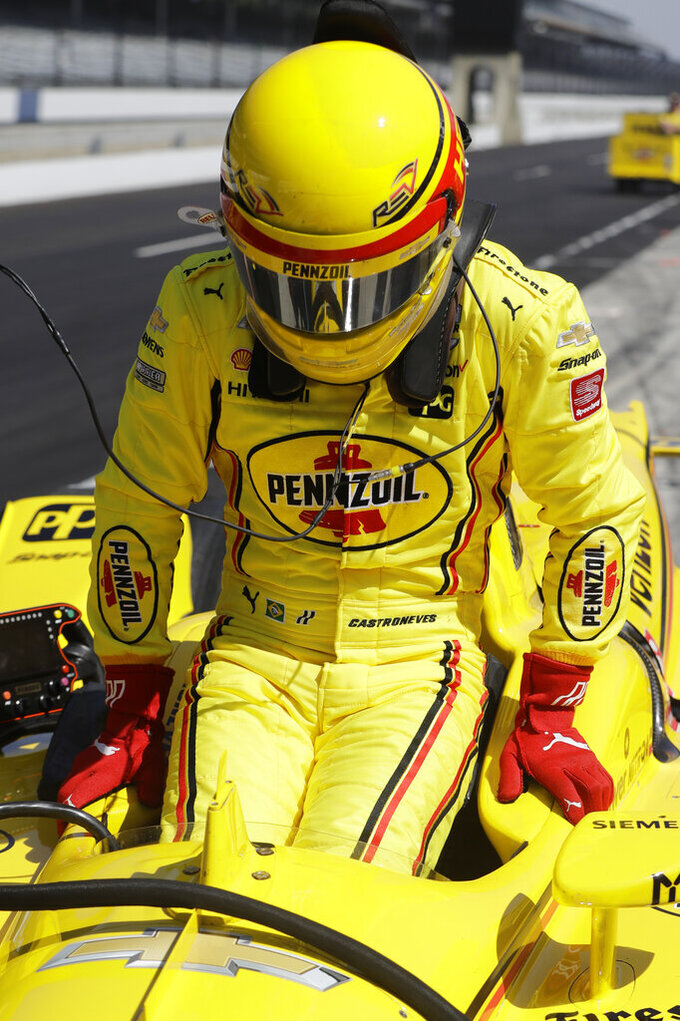 Helio Castroneves, of Brazil, climbs out of his car during practice for the Indianapolis 500 IndyCar auto race at Indianapolis Motor Speedway, Tuesday, May 14, 2019, in Indianapolis. (AP Photo/Darron Cummings)

The most successful IndyCar team owner in history told The Associated Press on Wednesday that when the three-time race winner made the full-time switch to sports cars last year, he made a three-year commitment to bring the Brazilian back to Indianapolis for a chance at a record-tying fourth win.

Castroneves had the fifth-fastest lap on the second day of practice with a speed of 228.441 mph. He made his season debut in last Saturday's IndyCar Grand Prix and finished 21st, two laps behind the leaders.

The Swedish driver spun coming out of the second turn on the 2.5-mile oval and slammed hard into the outside wall before rebounding across the track and rolling to a stop along the inside wall. Defending winner Will Power, the Australian driver for Team Penske, and British driver Jack Harvey of Meyer Shank Racing both avoided hitting Rosenqvist's car.

Rosenqvist was taken to the infield medical center and was checked, released and cleared to drive. He says his car suddenly felt very loose and very fast and he couldn't react in time.

On Friday, he became the first rookie to win the pole for a race this season. He was eighth in Saturday's IndyCar Grand Prix, his second-best finish this season.

Fernando Alonso has crashed on the second day of practice for the Indianapolis 500.

Alonso was following Graham Rahal around Indianapolis Motor Speedway early in Wednesday's session when he hit the inside wall as he exited the third turn. His car shot across the track, through the grass and hit an interior wall, then back across the track for a third hit of the wall.

The retired Formula One champion is making his second appearance in the Indy 500 in his quest to win motorsports' version of the Triple Crown. His entry this year is with McLaren, which is back at Indianapolis for the first time since the 1970s.

McLaren built the damaged car at its England factory. The backup car was built by the Carlin racing team in Florida.

McLaren has been plagued by electrical issues so far at Indy and now must decide if it will attempt to rebuild its crashed car.