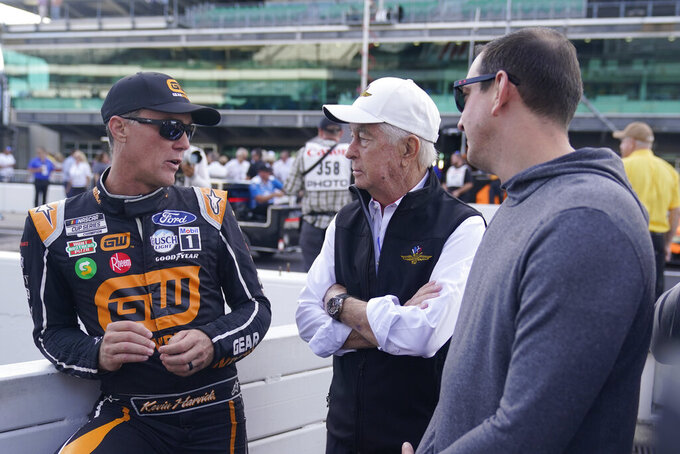 Fast facts: Reddick's victory was his second this month, both on road courses, his second this season and the second of his career. ... Chastain was later penalized for taking a shortcut through a turn on the course and finished 27th. ... Reddick is the sixth multiple winner this season. He's leaving Richard Childress Racing after the 2023 season to join Denny Hamlin and Michael Jordan at 23XI Racing. ... Blaney and Martin Truex Jr. are the non-winners that would qualify for the playoffs now on points, with four more chances to ensure their spot. Kevin Harvick would be the first one out of the 16-driver playoffs field without a victory of his own. ... Chase Elliott's string of five top-two finishes ended, but he still leads Blaney by 125 points and Chastain by 129.

Fast facts: All three of Allmendinger's victories this year have come on road courses. ... He led 42 of 62 laps despite the long pit stop that dropped him from first to 13th on lap 19. ... Allmendinger has 17 top-10 finishes in 20 races and remains the points leader, by 17 over Justin Allgaier and 30 over Ty Gibbs. ... The top six in the standings have all won more than once, and the top seven are the only series regulars to have taken a checkered flag this season.

Last race: Grant Enfinger used fresh tires to pass points leader Zane Smith for the lead on the next-to-last lap of overtime and win the first race of the playoffs, and the first at Lucas Oil Indianapolis Raceway Park since 2011.

Last year: Debut at this location.

Last race: Alexander Rossi snapped a 49-race losing streak that dated to 2019 by winning on the road course at Indianapolis Motor Speedway.

Fast facts: Rossi’s last victory was at Road America in the 10th race of the 2019 season. ... His win also jumbled the season standings with Will Power resuming the points lead by nine over Marcus Ericsson, 32 over Josef Newgarden and 38 over six-time champion Scott Dixon with four races remaining. ... Eight drivers in the top 10 have won at least once this season through 13 races.