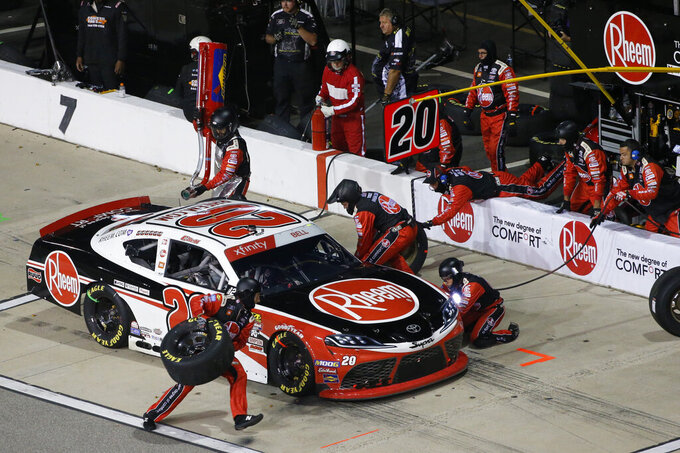 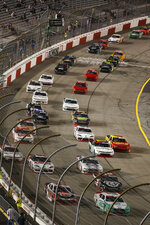 Bell, the championship leader coming into the first race of the playoffs, won both stages and led 238 of the 250 laps for his seventh victory of the season. It was his 15th career win in 68 starts.

"Going 92 laps straight there is really difficult, man," Bell said. "We were sliding all around. I just knew or I felt like if I could get to traffic I was going to be in good shape because the car could really move around good. I could run up, I could run down."

Bell started the night having already won 15 race stages, more than twice as many as any other driver, and went from the fourth starting spot to the lead after just six laps. He led the rest of the 75-lap first stage, lost the lead to Brandon Jones and then Cindric for a total of six laps and then went back in front for the rest of the race on the 85th circuit.

"It was pretty good on the short and long run," Bell said of his Joe Gibbs Racing Toyota. "(Custer) could close a little bit on us in the middle part of the run, but I tried to keep hitting my marks, keep my rear tires underneath me and keep hitting that yellow line."

Bell doubled his points lead to 22 over Custer and he now leads 2018 series champion Tyler Reddick by 44 points.

Cindric, who also finished second in the spring race at Richmond, is 48 back. He wound up 1.7 seconds behind the winner.

Custer was running second for much of the final stage but lost a spot late in the race.

"We were just kind of loose to start the run and it just kind of got worse and I probably was using too much brake," he said. "It's a really good way to start off the playoffs."

Allgaier's top-five run came after he had to start from the rear of the field in his 300th career start.

"We weren't quite as good as the cars that beat us there at the end but we were able to get ourselves into a good spot," he said.