AUTO RACING: Elliott back in front; Verstappen closing in 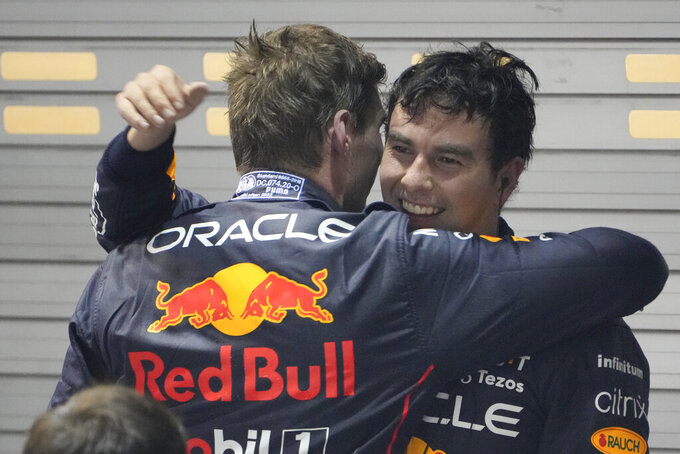 Last race: Chase Elliott passed Ryan Blaney on the final lap to win at Talladega and claim a spot in the next round of the playoffs.

Fast facts: Elliott moved back into the points lead by two over Blaney and six over Ross Chastain. Denny Hamlin is 13 points back and Joey Logano and Larson are 16 back. ... Blaney is the only driver remaining in the playoffs without a victory this year. ... The race featured 57 lead changes among 17 drivers.

Last race: Allmendinger beat Sam Mayer by .015 seconds at Talladega for his fourth victory of the season.

Fast facts: Allmendinger ended Noah Gragson's four-race winning streak and posted his 25th top-10 finish in 28 races. Allmendinger will move to the Cup Series next season with Kaulig Racing. ... Ty Gibbs finished seventh after prompting the only on-track caution of the race, a spin on the third lap. ... Allmendinger and Gragson are tied for the series lead with Gibbs 21 points back.

Last race: Matt DiBenedetto earned his first career victory in the truck series at Talladega, which finished under caution with him in front.

Fast facts: Verstappen had won five straight races and is 104 points ahead of Leclerc and 106 clear of Perez. ... He can clinch the title in Japan. ... Perez's victory was his second of the season. ... Verstappen has won 11 of 18 races.