NASCAR set to allow fans back in Florida, Alabama 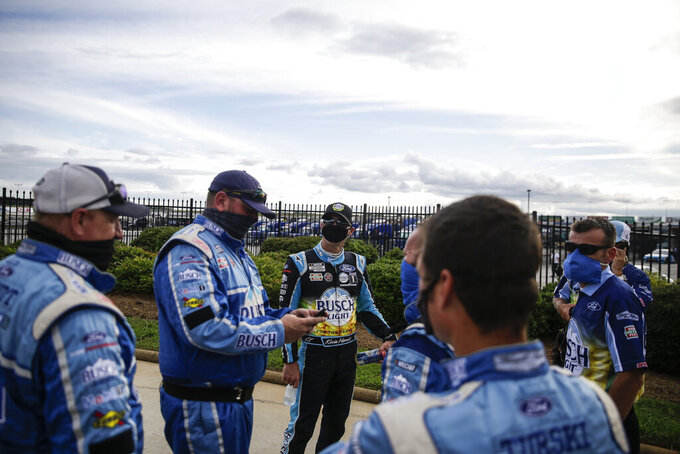 NASCAR is ready to reopen to fans.

One of the few sports to run in the wake of the coronavirus pandemic, NASCAR is now the largest to allow fans to return as more states relax their business shutdowns.

NASCAR decided a limited number of fans can attend races this month at Homestead-Miami Speedway and Talladega Superspeedway. NASCAR says all fans will be screened before entering, required to wear face coverings, mandated to social distance at six feet, and will not have access to the infield, among other revised operational protocols.

NASCAR will allow up to 1,000 Florida service members, representing the Homestead Air Reserve Base and U.S. Southern Command in Doral, to attend the Cup Series race Sunday as honorary guests and view the race from the grandstands.

Talladega Superspeedway in Alabama will allow up to 5,000 guests in the frontstretch grandstands/towers for the June 21 Cup race. There will be limited motorhome/camping spots available outside the track.

“It’s a cautious, conservative approach,” said Daryl Wolfe, NASCAR executive vice president and chief sales and operations officer. “We feel confident in our plan. Also it doesn’t mean that we won’t also have additional learnings and adapt our plan going forward. That’s the whole purpose of being very slow, methodical in phasing this in.”

NASCAR has returned to racing, but had not allowed fans inside the tracks in North Carolina, South Carolina and Georgia.

“We’re going to have a lot of hand sanitizing, hand washing,” said John Bobo, NASCAR vice president of racing operations. “One of the things that I’m kind of proud of to see is we’re going to have a clean team, a clean team that’s at track constantly cleaning everything very visibly for every guest that’s there to know we’re doing everything we can to keep them safe. We feel confident in the plan.”

Bobo declined to reveal if NASCAR has had anyone test positive for COVID-19 since racing resumed May 17 at Darlington Raceway. Supercross said earlier this month no one tested positive for the virus when it resumed with 705 riders, team members and race officials on site.

The Cup Series race Wednesday night at Martinsville Speedway and a doubleheader weekend June 27 and 28 at Pocono Raceway will be held without fans.

NASCAR said it was prepared to handle the increased crowds. Wolfe said there could be limited hospitality at Talladega.

“We’re going to have PPE there for fans if they didn’t bring their own,” Bobo said. “We’re going to instruct fans to do it. Then staff is also going to make sure that we do have compliance in that area when needed politely.”

Talladega tickets will be sold on a first-come, first-served basis to fans who purchased tickets or reserved camping for the originally scheduled April 26 race. There will be limited menus and limited food preparation onsite.

NASCAR had set guidelines to safely hold the events using CDC guidelines on social distancing and personal protective equipment. The venues were completely used to maintain distancing in garage stalls and where the haulers are parked, while drivers self-isolate in their motorhomes as they prepare to compete.

“We really miss our fans, but, at the same time, we’re with our fans,” 2018 NASCAR champion Joey Logano said. “Before the races start and you’re on pit road and you don’t have any fans around you, you can’t hear any cheering or booing from driver’s intros, or everyone getting all fired up before they say ‘drivers start your engines.’ We don’t have that part, but when the race starts, the race starts and you’re kind of in the zone and you don’t notice it.”