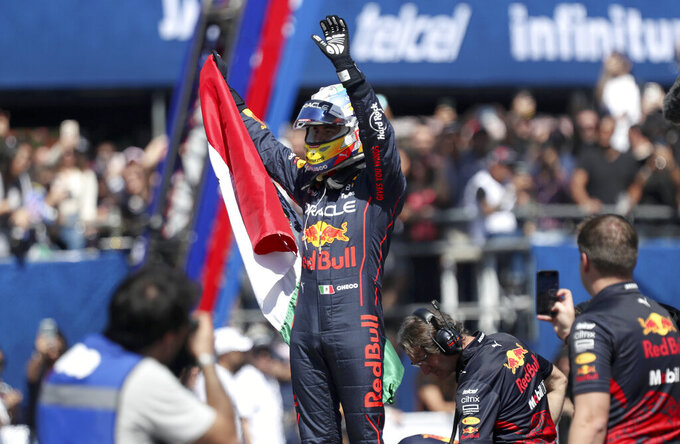 MEXICO CITY (AP) — Formula One on Thursday announced a three-year extension to continue the Mexico City Grand Prix at the Autodromo Hermanos Rodriguez through 2025.

The deal announced ahead of Sunday's race is an agreement between F1, the Government of Mexico City and the event promoters. The new contract begins with the 2023 race next Oct. 29.

“I am very pleased to announce that Formula 1 will continue to race in Mexico City for another three years under this new agreement,” said Stefano Domenicali, president and CEO of Formula 1. “Every year the race attracts a large number of passionate fans, and the atmosphere is incredible, and I know everyone will be excited by this news."

“The Mexico City Grand Prix contract extension has been made possible thanks to the leadership of Claudia Sheinbaum and the Mexico City Government," said Alejandro Soberon, president and CEO of Corporacion Interamericana de Entretenimiento.

"The ability to host the race in the nation’s capital until 2025 is the result of a coordinated effort to preserve an event that brings benefits to the city and excitement to thousands of fans. We will keep working to ensure the race continues to be a strong contributor to our city’s economy.”