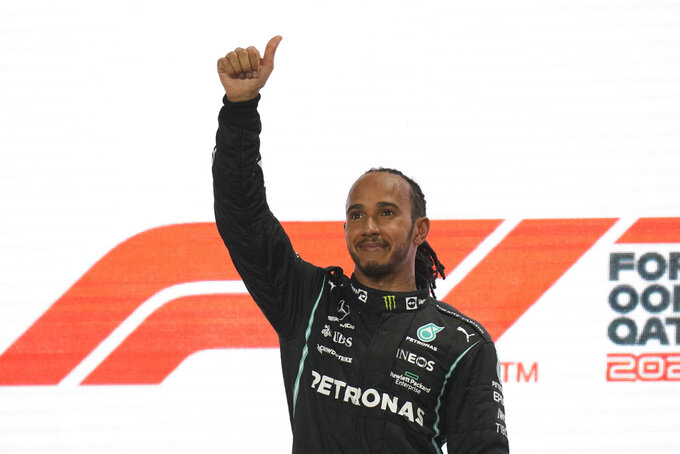 Last race: Seven-time series champion Lewis Hamilton started from the pole in Qatar and was never threatened in his second consecutive victory.

Fast facts: Hamilton now trails points leader Max Verstappen by just eight points with two races remaining. ... Carlos Sainz Jr. (7th in points) and Antonio Giovinazzi (18th) are the only drivers to have been running at the finish in all 20 races. ... Verstappen has led 620 laps; the rest of the drivers to have competed this season have combined to lead 569.