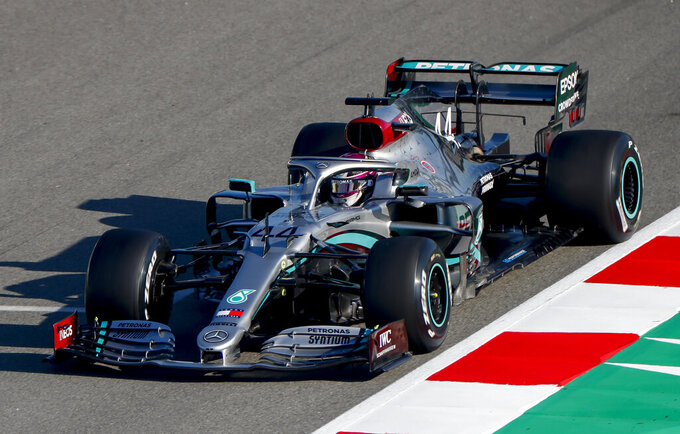 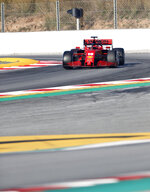 MONTMELÓ, Spain (AP) — Racing Point's Sergio Pérez set the fastest time early on the second day of Formula One preseason testing on Thursday, with Lewis Hamilton having another solid session for Mercedes.

Hamilton led the time charts on Wednesday and had the most laps in the morning session on Thursday, though he was only seventh fastest among the 10 drivers who went to the track.

Pérez was four tenths of a second ahead of Daniel Ricciardo of Renault at the Barcelona-Catalunya Circuit. Alexander Albon was third with Red Bull.

Pérez had been third fastest on Wednesday, behind Hamilton and Mercedes teammate Valtteri Bottas.

The Mexican driver's time was nearly a second quicker than the Day 2 time set by Ferrari's Charles Leclerc last season.

A new adjustment system introduced by Mercedes caught everyone's attention on Thursday after on-board footage showed Hamilton pulling the steering wheel back and forth on the front straight to apparently change the angle of the front wheels.

Drivers will be back on the track on Thursday afternoon, and also on Friday to close out the first week of testing. Teams will have another three days to test next week.

Preseason testing has been reduced from eight to six days to help compensate for the record 22 races on the calendar, including a new Vietnam Grand Prix and the return of the Dutch GP. Midseason testing also has been eliminated.

The season opens on March 15 at the Australian GP.