F1 returns to Australia after 3 years, on revamped track 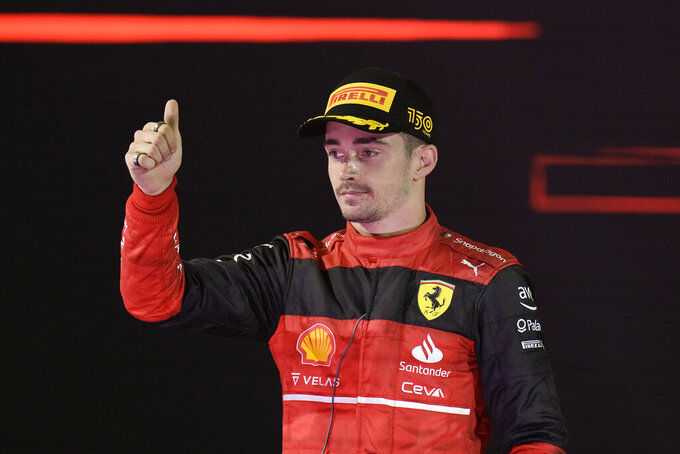 MELBOURNE, Australia (AP) — Formula One returns to Australia for the first time in three years on Sunday and Daniel Ricciardo hopes the break -- and track renovations he had a say in determining -- will help turn around his fortunes on his home circuit.

McLaren driver Ricciardo and his F1 rivals are preparing for a new Albert Park layout at the Australian Grand Prix -- they won't drive on the redesigned, resurfaced circuit until Friday’s two practice sessions ahead of qualifying Saturday.

The Australian driver’s input resulted two corners being removed and five others widened in a bid to offer more overtaking opportunity on the circuit.

“Not taking credit, but I was a little bit involved in the talks about revamping the circuit a few years ago when they had the first idea of what to do to try to make the racing a bit better,” Ricciardo said.

“It has always been a fun track but on Sundays it has been a little bit tricky for overtaking just through the layout and the nature of it. As a race now you’re going to see a totally different Sunday here in Melbourne.”

Defending F1 series champion Max Verstappen, who won the second race of the season in Saudi Arabia two weeks ago, said he’s pleased to be back in Australia after the 2020 and 2021 GPs were canceled due to the COVID-19 pandemic.

“It’s been a while . . . the atmosphere is always so good there too,” Verstappen said Thursday. “It will be interesting to see the track updates, I think they will make quite a big difference, especially in Turn Six where the most significant change has happened. There should be more overtaking opportunities now, too, which is always positive.”

“It’s going to be interesting to see how the car performs in Australia, the track can sometimes be quite dusty."

Ricciardo said it was particularly hard to take when the 2020 event — at the pandemic's global start — was called off while thousands of spectators lined up outside the gates to enter the Albert Park circuit.

“It was pretty heartbreaking and that’s from a selfish point of view as a driver,” Ricciardo said. “But for everyone that was here expecting to see a race, too. So very happy we’re back.”

Ricciardo has had a poor start to the season, finishing 14th in the F1 season opener in Bahrain on March 20 in a race won by Ferrari’s Charles Leclerc and failing to finish a week later when Verstappen won.

In Saudi Arabia, Ricciardo moved up from 14th to ninth, and appeared set to score his first points of the year. But after being overtaken by his teammate Lando Norris, Ricciardo’s engine cut out with fewer than 15 laps to go.

In Australia, Ricciardo finished second in 2014 before his car was disqualified for breaking fuel flow laws. His best valid finish is fourth, but he’s failed to finish two of his past three races in Melbourne, which has lost its season-opener status.

“Honestly, now that we’ve missed it for a couple of years, I’m just kind of thankful that it’s on the calendar,” he said. “Right now, it doesn’t really bother me where it is. As long as we’ve got an Aussie Grand Prix then I’m happy.”

Red Bull, which made its debut here in 2005, will be seeking its 75th series pole position. Both Verstappen and fellow team driver Sergio Pérez made their F1 debuts on the Albert Park track —Verstappen’s first start was in the 2015 race for Toro Rosso, four years after Pérez had finished seventh on debut with Sauber, only to be disqualified for a technical infringement.

Lewis Hamilton has raced 13 times in Australia and won the event in 2008 and 2015. He also has eight poles — including the last six — and nine podium finishes here. He finished second behind Valtteri Bottas when the Australian race was last held in 2019, with Verstappen rounding out the podium in third.

This season, Hamilton finished third at Bahrain and 10th in Saudi Arabia after his comeback in the latter race was halted by pit-lane confusion. The Mercedes driver maintained his pre-season stance that his team is a “long way away” from returning to the front.