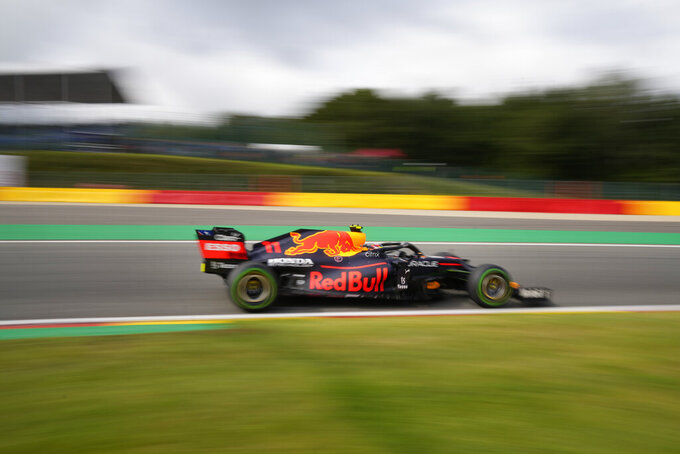 SPA-FRANCORCHAMPS, Belgium (AP) — Sergio Perez is staying with Red Bull next year after the Formula One team gave him a one-year contract extension on Friday.

Perez replaced Alexander Albon at Red Bull this season and he won the Azerbaijan Grand Prix in June for his second victory in F1.

“It's a great opportunity for me,” Perez said. “It always takes time to get on top of everything when you join a new team, but things have worked well.”

His first F1 victory was with his former team Racing Point at the Sakhir GP in Bahrain last December. The 31-year-old Perez waited 190 races to win and also ended a 50-year wait for a Mexican driver to stand on top of the podium.

Perez is fifth in this season's standings after 11 races.

He followed his win in Azerbaijan with a third-place finish at the French GP for his 12th career podium.

“We have so much more to achieve together, and we still have a great challenge on our hands this season,” Perez said. “I really hope we can finish the year on a high and carry that momentum into 2022.”

Team principal Christian Horner said he was pleased with how well Perez has worked with championship contender Max Verstappen.

“Checo (Perez) is a highly respected team member and his experience and race craft are invaluable," Horner said. “His integration has been seamless and we have been impressed by his performances during the first half of the season.”