AUTO RACING: Hendrick off to fast start, F1 and IndyCar, too 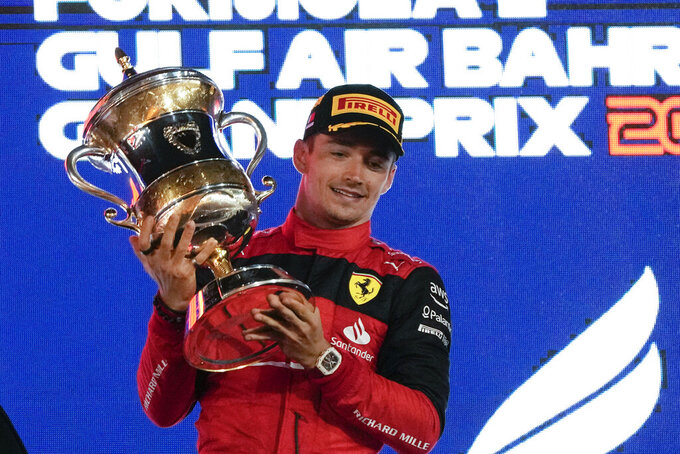 Last race: William Byron pulled off the race-record 46th lead change on lap 315 of 325 and outran Christopher Bell and Ross Chastain to win in Atlanta.

Fast facts: Byron was among a race-record 20 race leaders. He gave Hendrick Motorsports three different winners through five races. ... Bell was penalized for an illegal pass on the final lap and relegated to 23rd place, the last spot on the lead lap. ... The race weekend was the first on the track since a major repaving and reconfiguration since the series raced at the 1.54-mile track last July. ... Chastain’s finish came despite a crash that put him two laps down. Kyle Busch also rallied after a crash to finish third.

Track: Circuit of the Americas

Last race: Ty Gibbs passed Ryan Sieg on the final lap of a second overtime and beat Austin Hill by 0.178 seconds to win at Atlanta.

Fast facts: Ben Rhodes rallied to finish second, followed by Ty Majeski and Smith at Atlanta. ... Smith is the points leader by 13 over Tanner Gray. Gray and third-place Majeski are the only drivers with three top-10 finishes in as many races.

Fast facts: Leclerc’s victory was his first since he won back-to-back events midway through the 2019 season. ... Defending series champion Max Verstappen and Red Bull teammate Sergio Perez both retired before the race concluded, allowing seven-time series champion Lewis Hamilton to rally for a third-place finish. ... Verstappen retired on Lap 54 of the 57-lap event, Perez on Lap 56.