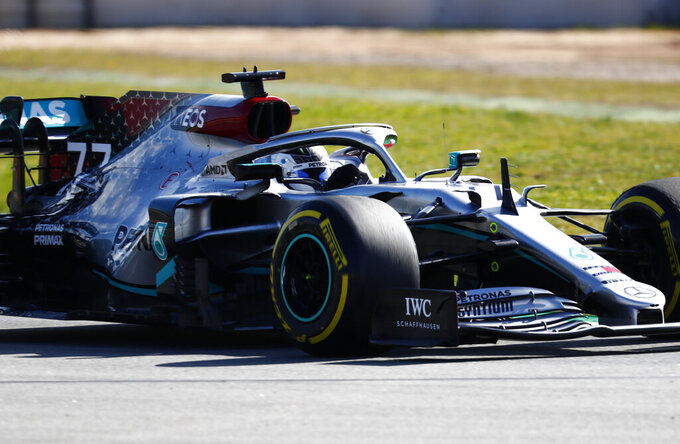 Hamilton’s Mercedes came to a stop on the track at the Barcelona-Catalunya Circuit, bringing out a red flag and causing the six-time champion to miss the day’s final two hours of running.

Mercedes said the stoppage was caused by an “oil pressure anomaly” that they will investigate.

Valtteri Bottas was behind the wheel of the Mercedes in the morning session. Hamilton took over after lunch and only managed 14 laps before he had to call it quits.

“Testing didn’t quite go to plan today but we’ll come back better and stronger tomorrow,” Hamilton wrote on Twitter.

Vettel posted a flying lap of 1 minute, 16.841 seconds, the best time for him or Ferrari teammate Charles Leclerc over five days of testing.

Bottas has clocked the fastest time of any driver in the preseason so far with a lap of 1 minute, 15.732 seconds.

Max Verstappen brought out another red flag when he lost control of his Red Bull and ended up in the gravel.

Alfa Romeo’s Antonio Giovinazzi also caused the running to be temporarily halted after he spun off and put the back of his car in the barrier, damaging its rear wing.

AlphaTauri's Pierre Gasly had in the day’s second fastest lap after Vettel, followed by Lance Stroll for Racing Point.

Nicholas Latifi had the fifth best time and put in the most laps with 160.