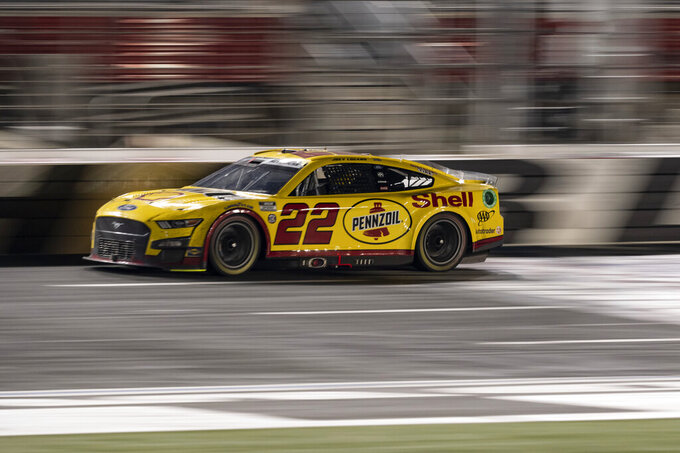 MADISON, Ill. (AP) — NASCAR is taking its championship weekend back to Phoenix next season, the fourth straight year that the Cup Series title will be decided in the desert, and the reaction from drivers this week has been decidedly mixed.

There are those like Kurt Busch who think that “keeping it different, keeping it fun is key,” and that could mean moving the November finale to different tracks. Kyle Larson, who won the championship in Phoenix last year, and others point to nice facilities and strong fan support — to say nothing of the weather — for keeping the race in Arizona.

“It's kind of like the All-Star race. There's so many variables from a business standpoint, from a city standpoint,” Kevin Harvick said. “The crowds have showed up and they've wrapped their warms around it, and they're good at hosting those types of events. There's way more that goes into it. It's a much deeper mix of things that have to be decided.”

The finale was held at Homestead-Miami Speedway for nearly two decades before moving to Phoenix in 2020.

As much as Larson loves Phoenix, the reigning Cup Series champion was just as blunt in his dislike for Texas, which has hosted the All-Star race the past couple of years and produced a lackluster show a couple of weeks ago.

“I hate to be another one of those guys to bash it,” he said, “but it's not a very good track at all. It just doesn't produce good racing and it's tough to have an exhibition-style race there when the track isn't very racy at all.”

Much like championship weekend, there is a contingent of drivers that want to see the All-Star race visit different venues, just like Major League Baseball and other professional sports move their all-star games. And that could mean out-of-the-box thinking, like the use of Los Angeles Memorial Coliseum for an exhibition race earlier this year.

NASCAR held its All-Star race at Charlotte from 1987 until 2020, when it moved to Bristol for a year amid the pandemic,

“I don't have a solution right off the bat," Busch said. "There's different tracks and different atmospheres that you can throw at the All-Star race, whether it's a short track or a mile-and-a-half, Daytona and a restrictor-plate style. There's many different options and that's maybe something we can look at.”

Richard Petty drove the ceremonial first laps around World World Wide Technology Speedway in his 1981 Daytona 500-winning car Friday before the Cup Series opened its debut weekend at the track with a practice session.

Truck Series champion Ben Rhodes, who will qualify the No. 16 for AJ Allmendinger while he's running the Xfinity race in Portland on Saturday, spun into the wall in practice. The damage to the Kaulig Racing car was relatively minor.

Later in the 50-minute session, Parker Kligerman's ride from Rick Ware Racing caught fire and brought out a red flag.

Joey Logano jumped to the top of the speed chart in the final minute of practice, turning a lap at 136.753 mph to nudge Ryan Blaney from his perch. Austin Cindric made it a Team Penske sweep of the top three times.

NASCAR heads next weekend to Sonoma Raceway in California, where the series will return to the shorter 1.99-mile layout with a chute connecting Turns 4 and 7 rather than using the “carousel” that made for a longer lap.

The extra turns in the carousel, which was part of the original layout, were brought back for the track's 50th anniversary in 2019 and again last season. But it made for fewer laps, slower races and took away a popular passing opportunity.

“This car is faster on the road courses anyway because it has more grip. It's a more centrally gripped race car,” Kyle Busch said. “It should be more competitive. Just a matter of who runs over who. Do we look like a local go-kart track or do we look like professionals? That will determine the race length.”