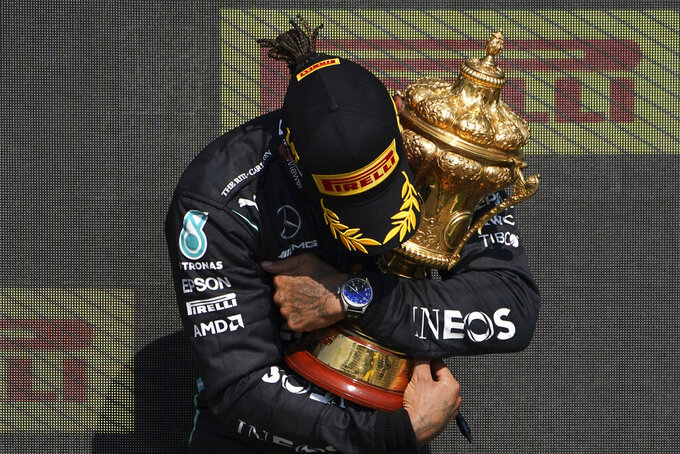 Fast facts: Hamilton’s victory pulled him within eight of the points lead. Hamilton (4 wins) and Verstappen (5 wins) have won nine of the 10 races run so far this season. ... There are 13 remaining on the schedule, which continues through mid-December. ... Hamilton won three of the first four races on the schedule. Verstappen won four of the next five.

Last race: Aric Almirola jumped from 27th in the point standings to a berth in the playoffs, outrunning Christopher Bell at New Hampshire for his third career victory.

Last race: Christopher Bell won the first two stages and led 151 of 200 laps in his first start in the series since 2019 to win at New Hampshire.

Last race: Austin Hill earned his first victory of the season after four overtime restarts in the series’ debut on the half-mile dirt track in Knoxville, Iowa.