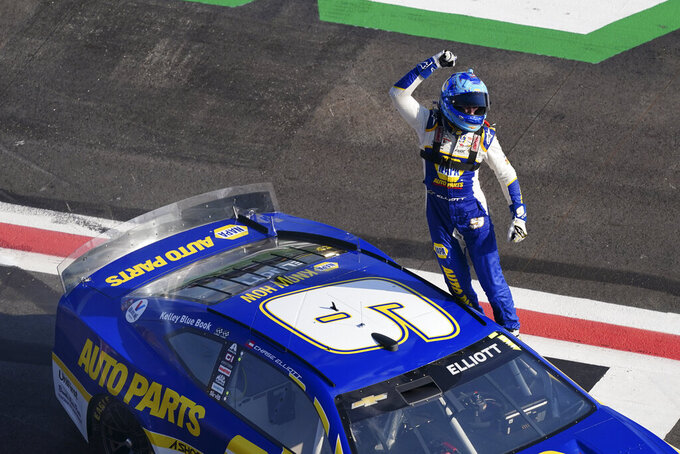 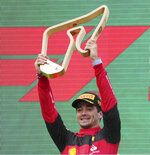 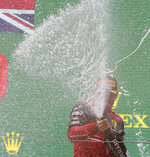 Last race: Chase Elliott passed Corey LaJoie with under two laps to go and won at Atlanta under yellow after LaJoie spun and crashed on the final lap.

Fast facts: Elliott led 97 of the 260 laps. He also extended his points lead to 47 over Ryan Blaney and 50 over Ross Chastain. ... The race featured 27 lead changes among 12 drivers and 13 caution periods. ... Elliott and his father, Bill, are the only Georgia-born drivers to win in the Cup Series on the 1.54-mile layout. They join the Jarretts (Ned and Dale) and the Earnhardts (Dale and Dale Jr.) as father-son duos to win there. ... Elliott became the first three-time winner this season.

Fast facts: Hill's runner-up results came in the Truck Series in 2020 and 2021 and in last spring's Xfinity Series race. ... He also earned the first stage win in his series career, taking the second stage. ... Pole-sitter Ty Gibbs had his chance at a season-best fifth victory end when he crashed after 93 laps. He limped home 35th. ... A.J. Allmendinger extended his points led to 29 over Gibbs and 30 over Justin Allgaier after his 15th top-10 run in 17 races.

Last race: Parker Kligerman held off Zane Smith in a three-lap closing duel and won the series debut at Mid-Ohio for his third career win in the series. It was the part-time driver's first since 2017.

Last race: Charles LeClerc outran points leader and defending series champion Max Verstappen in Austria for his third victory of the season. The second consecutive victory for Ferrari comes on the heels of six in a row for Red Bull.

Fast facts: Indy 500 winner Marcus Ericsson leads Will Power by 20 points in the season standings, with Josef Newgarden 34 points back and Palou 35 back. ... Simon Pagenaud won the last event here, in 2019. ... McLaughlin has led a series-best 285 laps, but is just seventh in points. Sixth-place Scott Dixon is next, having led 122 laps. ... This event has been off the schedule the last two seasons because of the pandemic and United States-Canada travel restrictions.