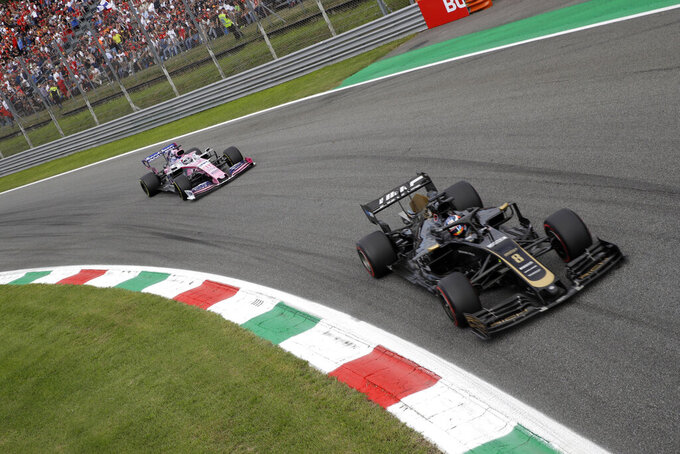 SINGAPORE (AP) — Formula One drivers Romain Grosjean and Kevin Magnussen have been retained by Haas for the 2020 season, the American team announced on Thursday.

Grosjean and Magnussen will be partnered together for a fourth straight year as the team prepares for its fifth season competing in F1.

Grosjean joined Haas for its inaugural season in 2016 with Magnussen signing in 2017. Grosjean and Magnussen have combined to earn a total of 166 points since 2017. Haas finished fifth overall in the constructors' championship last season with 93 points for its best showing so far.

"We continue to have a driver lineup that offers us a solid platform to continue our growth," said Haas team principal Guenther Steiner.

Grosjean and Magnussen have just 26 points this season between them heading into the weekend's Singapore Grand Prix. The team is currently ninth in the constructors' standings with seven races remaining.