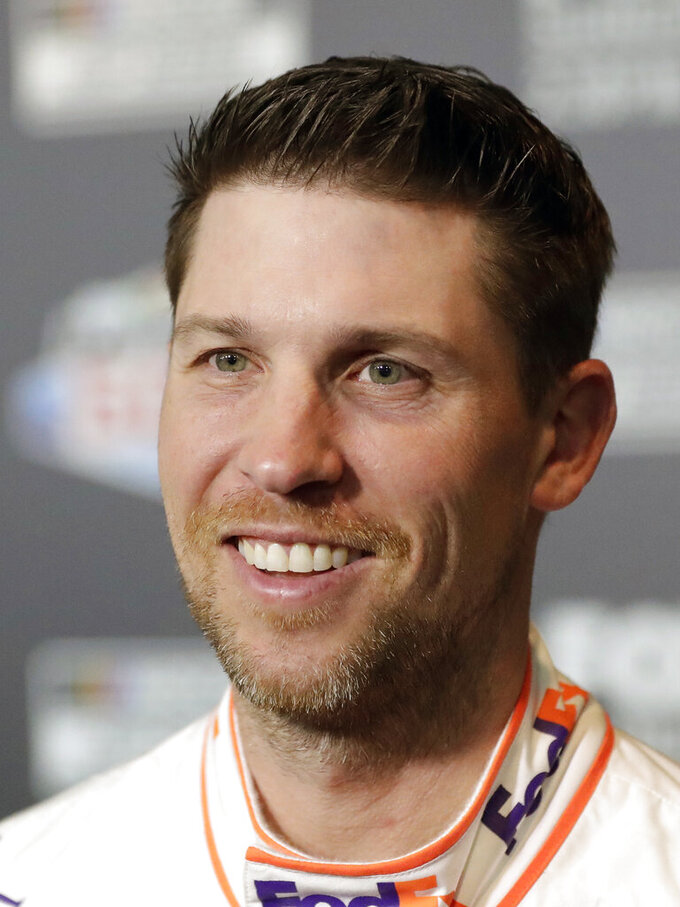 Denny Hamlin smiles during NASCAR Daytona 500 auto racing media day at Daytona International Speedway, Wednesday, Feb. 12, 2020, in Daytona Beach, Fla. Picking the car number for Michael Jordan's new NASCAR team was a slam dunk: Bubba Wallace will drive the No. 23 car when the team makes its debut next season. Jordan and Hamlin announced last month they had formed a NASCAR team with Bubba Wallace as the driver. (AP Photo/John Raoux) 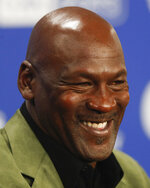 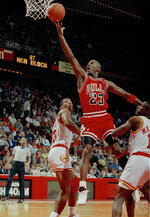 CHARLOTTE, N.C. (AP) — Denny Hamlin said there was never a question about the car number for Michael Jordan's new NASCAR team in partnership with the three-time Daytona 500 champion. Determining the name and a logo were a bit more of a balance.

The team name 23XI Racing — that’s pronounced twenty-three eleven — represents the retired number of the six-time NBA champion and the car number Hamlin has had through his racing career.

Hamlin said Friday, a day after the team name and logo were revealed, that a lot of different ideas were considered.

“Some that were way out of the box, and some that were directly in the box when we kind of found somewhere in between,” he said.

Jordan has used Roman numerals in some of his other ventures, including a golf course in Florida.

“It doesn’t matter if we’re multiple cars down the road, the 23 will always represent him, the 11 always represents me,” Hamlin said. “But I also wanted to be respectful to Joe Gibbs Racing and not actually have, you know, the number 11 in the logo being that they have that number. So it’s so it’s just kind of a balance of all that."

Jordan and Hamlin announced last month they had formed a NASCAR team with Bubba Wallace as the driver, a high-profile pairing of a Black majority team owner and the only Black driver at NASCAR’s top level.

Asked about the finalizing of a manufacturer and the hiring a crew chief and others for next season, Hamlin said most of that is done and the new team should have an announcement early next week.

Hamlin drives a Toyota for Gibbs, and the No. 23 that will make its debut at the 2021 Daytona 500 will almost certainly be a Camry aligned with JGR.

While preparing for the No. 23's first season, Hamlin goes to Texas this weekend still in the chase for his first Cup Series title since debuting on racing's top level in 2005. He is in the top four with Texas and Martinsville remaining to determine which four drivers race for the championship at Phoenix on Nov. 8.

“Regardless of the race team, I’ve been trying to find distractions for years in the playoffs. I think that that it’s a benefit to have distractions because you don’t overconsume yourself with what ifs and and you end up second-guessing yourself,” Hamlin said. “I have the same preparation that I had for the fifth race this season, is what I’ll have this weekend. I don’t change anything.”