Villeneuve tries to add Daytona 500 to his storied career 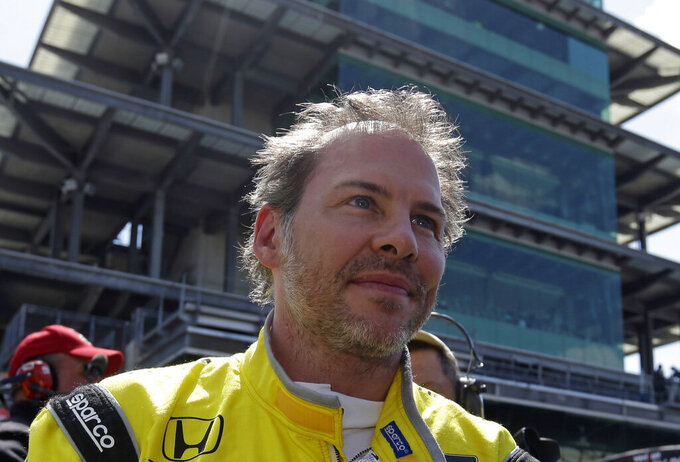 Jacques Villeneuve tried 14 years ago to race the Daytona 500 to add to his storied racing resume. He failed to make the field and moved on with his career.

Now he's returning to Daytona International Speedway to give it another shot. The Canadian will attempt to qualify for the biggest race on the NASCAR calendar next week for a team trying to work its way to the top of stock car racing.

Why would a 50-year-old former Formula One champion and Indianapolis 500 winner even bother?

“The Daytona 500 is one of the three big races on the planet,” Villeneuve said. “You have the Le Mans 24, the Indy 500 and Daytona, so that's one reason for doing it. And you know, you have a good race, then you end up doing a few more?”

Villeneuve won the Indy 500 in 1995 and two years later was the F1 champion. He spent 11 seasons at the top level of motorsports. When he lost his F1 seat at the end of 2006, he simply searched for new racing opportunities.

His journey took him to Talladega Superspeedway for a 21st-place finish in his NASCAR debut in 2007, five races in the Xfinity Series at the Montreal road course named after his late father, and seven Truck Series races. Villeneuve raced in a handful of NASCAR feeder series, in supercars, in Formula E and finally two seasons in the NASCAR Whelen Euro Series.

The team is planning a partial schedule this season that focuses on the six road course races on the 2022 Cup schedule. Loris Hezemans, son of the team owner, has been announced as the primary driver but the 24-year-old is not approved to race at Daytona.

And that's where Villeneuve, who counts four Cup races among his 20 starts across NASCAR's national series, entered the picture. He drives for the team in Europe alongside the younger Hezemans and agreed to help with the Daytona 500 effort.

“I’ve never stopped racing. I’ve never stopped wanting to race in NASCAR, which is why I was racing a little bit in Europe,” he said. “But now with the European team, coming in with a Heisenberg, we got in contact so they were wanting the general experience. It’s not everyone who wants to drive for an unqualified car. It’s a tough endeavor and it is a small team. But there are good chances that we make the show.”

The No. 27 Ford will be among six expected entries trying to claim one of four open spots in the 40-car field. Villeneuve can make the show either through time trials on Wednesday night, or in Thursday night's qualifying races. He said the situation reminds him of the start of his career racing Formula 3 in Italy and under immense pressure to make the field.

“If you don't make Daytona, having won F1 and the Indy 500, I guess it could be a bit difficult,” he said. “If you don’t make the show, you just damage yourself. Basically you damage your reputation, you can damage the 30 years of hard work you put into your career. So there’s always a big risk involved in that aspect.

“But I just love racing. I’m passionate. I’m alive when I’m behind a steering wheel and the bigger the race, the better.”

He's embracing the pressure, turning the experience into a big family adventure. Villeneuve and his wife will pull his two teenage children out of school to travel to Daytona, along with their two-week old newborn.

“It’s going to be quite a weekend, an important weekend,” he said. “If we can make the show in qualifying, it will be a very exciting time.”