Bowman is 2nd driver to suffer concussion in Next Gen car 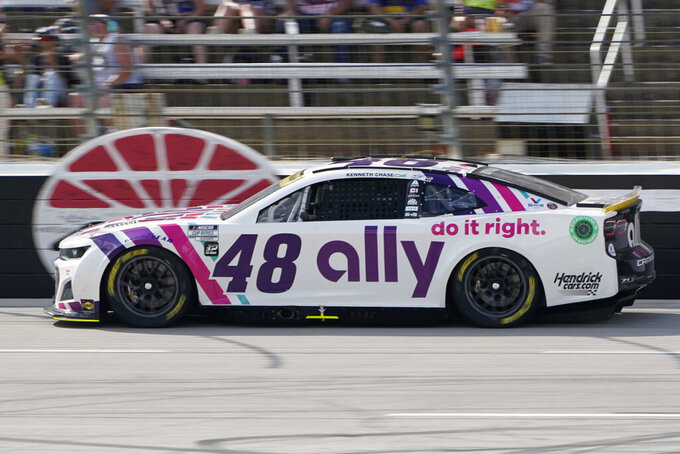 HMS said Bowman was evaluated Thursday in Charlotte, North Carolina, and ruled out of this weekend's playoff race. Noah Gragson will drive the No. 48 Chevrolet for Bowman.

“I'm disappointed but know my health is the number one priority,” Bowman posted on social media. “I am committed to follow all medical guidance to ensure I can return to competition as soon as possible.”

Bowman is now the second driver sidelined with a concussion suffered in a crash of NASCAR's new Next Gen car. Kurt Busch has been out since a crash July 23 in qualifying at Pocono and withdrew his spot in the 16-driver playoff field. Busch said this week he's hopeful to race before the end of the season.

Bowman crashed on Lap 98 at Texas on Sunday but went on to finish the race. He finished 29th and is ranked last among the remaining 12 playoff drivers. The field will be cut to eight after next week's race in Charlotte.

NASCAR this year introduced its Next Gen car that was designed to cut costs and level the playing field, but the safety of the spec car has been under fire since Busch’s crash. Drivers have complained they feel the impact much more in crashes than they did in the old car, and a rash of blown tires and broken parts has plagued the first four races of the playoffs.