ARCA's Lancaster taken to hospital after crash at Talladega 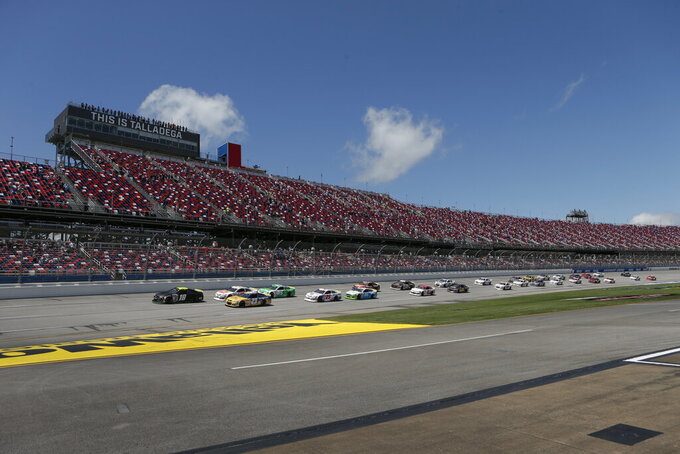 TALLADEGA, Ala. (AP) — ARCA driver Derrick Lancaster was placed on a ventilator at an area hospital and suffered burns after an accident when his car caught fire Saturday at Talladega Superspeedway, according to his wife.

Elizabeth Nunley Lancaster posted on social media that the 48-year-old driver would be on the ventilator for at least 48 hours as doctors assessed damage to his lungs.

She said Lancaster had second- and third-degree burns to both arms, his neck and his face. Elizabeth Lancaster said there were no broken bones or bleeding.

NASCAR earlier said Lancaster was taken to an unspecified hospital for further evaluation. His car caught fire after hitting the wall following contact from Drew Dollar with five laps to go.

Lancaster, from Christiansburg, Virginia, lay on the ground after exiting his car while being checked out by NASCAR's safety workers. He walked with support to a stretcher.

Eighteen-year-old Corey Heim won the race, joining David Keith (2000) as the only driver to win the ARCA Series race at Talladega after winning the series opener at Daytona.