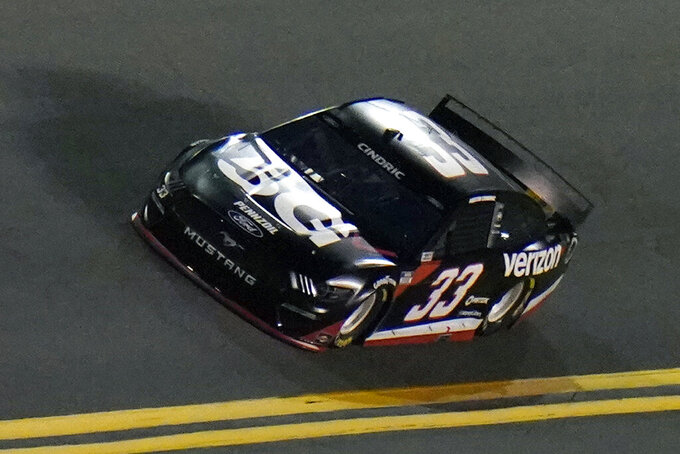 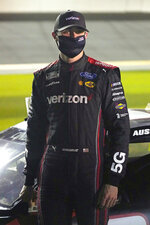 DAYTONA BEACH, Fla. (AP) — It is supposed to be easy being Austin Cindric, the son of Roger Penske's right-hand man.

He will be in NASCAR's big leagues next year, part of a carefully mapped path set by Team Penske. But even with a direct line to the top of the Penske organization, Cindric has had to earn his own way.

Penske dismissed any hint of nepotism from team President Tim Cindric toward his 22-year-old son.

“If he didn’t get the job done, Tim would be the first one to say let’s move on,” Penske said.

The younger Cindric solidified his standing at Penske by winning six races last year and his first Xfinity Series championship. It showed Penske he made the right call at the start of the pandemic when, after initially considering idling the No. 22 Ford team, he instead kept it on track to give Cindric a chance at the title.

“I think Austin obviously knew that he had to show what he could do,” Penske said.

Cindric opens 2021 with his future set. He begins the defense of his title Saturday in the Xfinity opener and then makes his Cup Series debut the next day in the Daytona 500. He will run a handful of Cup races this year and move next season to a full promotion in a Wood Brothers Racing seat that Penske supports.

Cindric tunes out the notion he benefits from his lineage. Instead, he said he motivates himself to deliver because of the resources he has been given.

“There are two full teams that are dedicated to me and my competitiveness and what I get to do this year,” Cindric said. “I feel like that adds more pressure than anything else. Forget about who my dad is, it’s having that many people dedicated to helping me win races.”

Cindric nearly bobbled his chance to race in his first Daytona 500 when he was flagged for speeding on his lone pit stop — the first Cup pit stop of his career — during Thursday night's qualifying race. He'd been trying to race his way into the 500, but the penalty took his fate out of his hands

Although Cindric finished 16th out of 22 cars, NASCAR's quirky Daytona 500 qualifying rules put Cindric in the race. He made it only because Ryan Preece passed Ty Dillon in the closing stretch to prevent Dillon from moving into the Daytona 500.

The berth fell to Cindric, who acknowledged he got lucky but insisted he's ready.

“I don’t say this to sound arrogant, but I wasn’t out to lunch,” Cindric said of his performance in the qualifying race.

Cindric had the same air about him last year as he waged a season-long duel with Chase Briscoe. The two dominated the Xfinity Series with a combined 15 victories, but it was Cindric who delivered in the championship finale. Cindric snapped a 13-race losing streak by winning at Phoenix to clinch the title.

Two months later, Team Penske said Cindric would try to make the Daytona 500 — decisions Penske said are made by Travis Geisler and Mike Nelson, the leaders of his NASCAR operation, and not Cindric's father.

“Tim has kind of stayed out of it. Tim is in a tough spot,” Penske said. “I saw a young guy (in Cindric) committed. I saw him come up the ladder in smaller cars, even open wheel cars and win. You love people and they’re in your family... (but) he’s one that has earned it for himself."

Briscoe moved to Cup this season, but there are still six legitimate challengers to Cindric's reign. JR Motorsports has two contenders in Justin Allgaier and Noah Gragson, as does Joe Gibbs Racing with Harrison Burton and Brandon Jones.

Justin Haley held off his own move to Cup for another season with Kaulig Racing, which also brought in “trophy hunter” AJ Allmendinger for a full Xfinity season. The six challengers all won multiple Xfinity races last season.

“We’ve got great competitors in that series and I don’t think that should be taken likely,” Cindric said. “I think there’s potential for this year to be even more competitive than last year. Saturdays put on some really great shows last year and I wouldn’t expect that to change.”