Harvick no plan for 2020 Fox TV booth if Waltrip retires 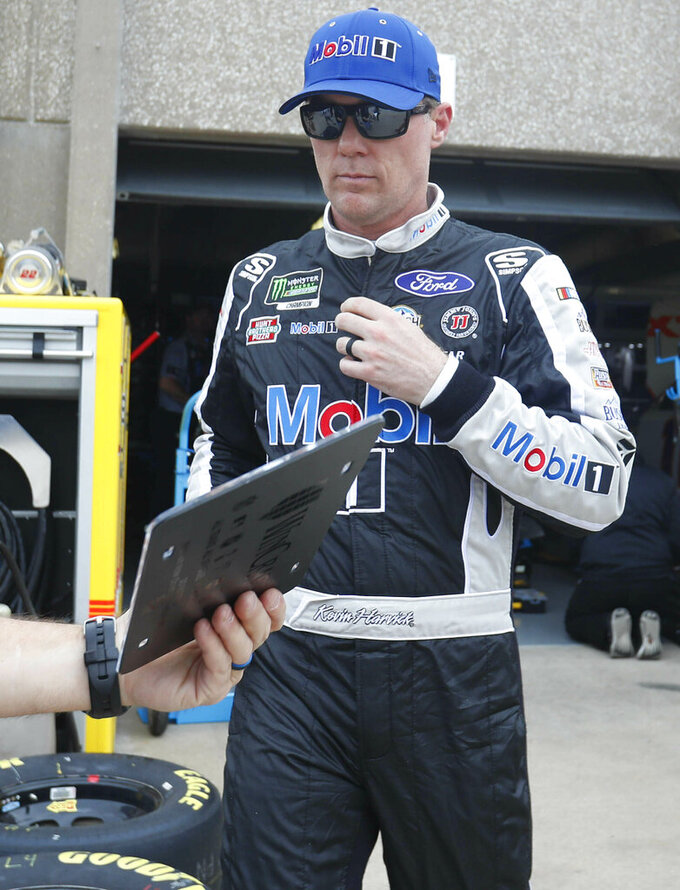 Kevin Harvick walks away from the garage after practice for a NASCAR Cup Series auto race at Texas Motor Speedway in Fort Worth, Texas, Friday, March 29, 2019. (AP Photo/LM Otero)

Harvick said Friday that he's not getting out of the race car and is comfortable where he's at both on and off the track.

"I feel fairly confident that being part of the TV side of things is something that I want to do in the future. But it's not going to happen in the next couple of years, I can tell you that," Harvick said at Texas Motor Speedway.

The Stewart-Haas Racing driver, third in points this season and the winner at Texas last November, said he has "contracts and things" that are in place through 2021.

Waltrip is in his 19th season calling races and hinted in January on Twitter this could be his last. Waltrip's potential retirement has picked up steam the last few weeks but Fox Sports said Friday it had no announcement regarding its talent at this time.

Harvick's name has consistently been mentioned as Waltrip's eventual replacement. Harvick is the lead announcer when Fox Sports has had driver-only broadcasts, and he's taken on a larger amount of Xfinity Series races as analyst.

Waltrip, a three-time NASCAR champion and Hall of Famer, debuted in the booth in Fox Sports' inaugural broadcast, the 2001 Daytona 500. Dale Earnhardt was killed in a last-lap crash, while Waltrip's younger brother, Michael, won the event driving an Earnhardt-owned car.